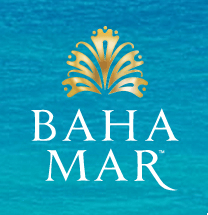 A resort in the Bahamas, called the Baha Mar Resort, was foreclosed. The resort was very close to being opened around the month of March, but then there were some discrepancies between the contractor, financier and developer that were working on the resort. This discrepancy between these three people eventually ended up causing the slowdown of work that ended up in the foreclosure of the property that was located near a bank designed for export and import. The resort was worth $3.5 billion and people had even begun to book rooms, because everyone was sure that it would open.

The founder of the Island Capital business, Andrew L. Farkas and Solomon Kerzner are thinking about helping to sort out this big mess and the CEO of Baha Mar Casino, Sarkis Izmirlian, is going to end up left behind and be in debt by around $1 billion in terms of the equity that he personally owns.Perry Christie, the Prime Minister, was the one who then made it known to reporters that he had made sure to tell Exim to speak in public on the subject of the fact that they, as of this moment, were discussing about certain things with many different parties that were interested, this even included a group that Kerzner was part of.

Earlier in that week however, Tribune242 was the one who stated to reporters that the beginnings of a deal were already put into action, and all of the parties involved agreed on something, some of the people that were involved were the bank that had the property foreclosed, representatives from the CCA and a merchant bank that is privately held, one that is headed by Farkas.Sol Kerzner is the person that the offer made, was made in partnership with.

Sol Kerzner has many years of experience in terms of the management of hotels and resorts, he owns One&Only Resorts and many other different properties that have been very successful. Farkas’s Island Capital’s top negotiators have been reported to have been finalizing the details in Beijing that will flesh out the officer that has not gotten the approval needed.At more than one year behind the supposed opening of the resort, the resort should be opening within 6 to 9 months time. some of the people who are involved in this whole situation are, Andrew L. Farkas, Sol Kerzner, Baha Mar Ltd, The Export-Import Bank of China and Perry Gladstone Christie. Sol Kerzner is currently working at Kerzner International, to which he serves as the CEO, founder and chairman. Andrew L. Farkas is as of right now, working as the Chief Executive Officer, Chairman and managing member of the company Island Capital Group, LLC.