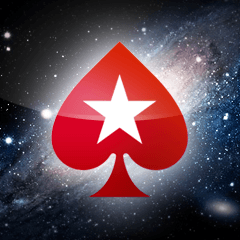 The US Department of Justice reached a settlement with the owners of PokerStars last year, in which charges were dropped “with prejudice” in exchange for hundreds of millions in reimbursements for online poker player accounts.  However, the settlement with the company never extended to PokerStars CEO Mark Scheinberg, who remained under investigation.

Scheinberg, who was barred from entering the US upon the Black Friday indictments in 2011, continued receiving a salary in his role as CEO, and profited from the company as one of the primary shareholders.  But Scheinberg wished to reach his own settlement with the DOJ to turn the page on the Black Friday scandal.

After lengthy negotiations, the DOJ agreed to drop all criminal and civil charges against Scheinberg in exchange for a $50 million payment, identified as “forfeited funds” in the settlement.  The terms of the settlement order Scheinberg to pay the funds within seven business days after the two sides sign on the dotted line, which in addition to dropping civil charges, allows Scheinberg to legally reenter the US.  Scheinberg is also ordered to refrain from making any negative remarks against the DOJ, or other investigative organizations such as the FBI, while the CEO can freely claim no admission of wrongdoing that violated US online poker laws.

The settlement with Scheinberg comes as PokerStars plans to reenter the US online gambling market through states that passed their own internet gambling laws.  The company believes Scheinberg’s presence will benefit, and perhaps expedite negotiations with state regulators.

The US is considered by PokerStars and other companies as the largest untapped online gambling market in the world.  An online poker bill was also reintroduced to Federal Congress, which if passed into law, will permit all states to legalize internet betting within their borders.  PokerStars plans to use New Jersey, where online gambling is now legal, as a springboard to access the rest of the US as other markets authorize internet betting activity.