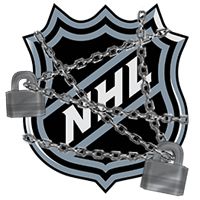 Gary Bettman will have plenty of opportunity to challenge Canada’s sportsbetting law amendments after finally agreeing to a new collective bargaining agreement for the NHL.  The long, drawn out process has made Canadians bitter with the league and particularly scornful of Bettman, who has always been considered the bad guy in relation to NHL hockey in Canada.  If Canada’s sportsbetting laws are amended, it remains to be seen if the NHL has any reason to worry given hundreds of fans have made clear their decision to walk away from the league.

Canadians were preparing for another lost season only eight years after the NHL became the first major North American sports league to cancel a season over a labour dispute.  Instead as the drama became more difficult for fans to swallow down to the eleventh hour, Bettman and his counterpart Donald Fehr finally swallowed their pride to reach an agreement and get players back on the ice.  However, fans have made clear that unlike after the last lockout where a return to normal was quickly adapted – this lockout has left irreparable damage.  It marks the third lockout under Bettman’s tenure as commissioner of the NHL, and fans have had enough with the divisive lawyer.

Bettman has also received public scrutiny for his opposition to Canada’s sportsbetting law amendment currently before the Senate, which if approved would legally allow Canadians to make single game bets on any major games.  Given the historic love for hockey in Canada, single game bets on rival Canadian matchups between the Toronto Maple Leafs and the Montreal Canadiens or the Calgary Flames and the Edmonton Oilers were expected to prove very popular under the new law.

Arguments have been made that since online sportsbetting and underground sportsbetting already allow Canadians to make these wagers, it makes sense to officially adopt legislation that would give some of this money back to the Canadian economy.  Casinos, gambling support groups, law enforcement divisions, and the majority of Canada’s provinces have all expressed support for the amendment – but Bettman and his fellow North American commissioners have decried the bill.  They argue that it would compromise the integrity of their leagues – although Bettman’s ability to make an argument on integrity has been particularly shaken given his actions over the last few months.

As the weakest league financially of North America’s big four, the NHL boasted great pride in generating over $3.3 billion in revenues last season.  The league will be unable to match a figure even close to this number with a shortened season, and an argument could be made that it never will reach that figure again.  The NHL has little room to risk losing revenues, and the actions of the league and its players union over the last few months have left disassociated venom within fans towards the league.  It remains to be seen how long or if ever business as usual will return to the NHL.