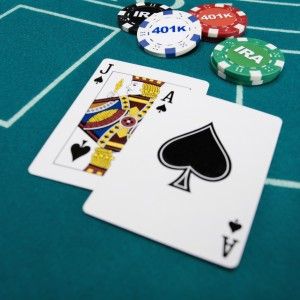 An international online blackjack tournament is doubling down for skilled players until the end of September in celebration of a new version of classic blackjack.  The tournament is hosted by Probability Jones, an innovative gaming development agency, in collaboration with UK gaming developer 1x2gaming.

Probability Jones prefers skilled casino games like blackjack or poker as opposed to typical games of chance like slots or craps.  To that end, the agency partnered with 1x2gaming to create the new Blackjack Players’ Choice game, a new version of the traditional race to 21.

Players’ Choice stands out from other blackjack games by allowing players to select the best of five possible hands as opposed to playing with only one set.  The game also provides valuable insight into the exact hand held by the dealer, which players can use to their advantage when making their own selection.

Probability Jones describes Players’ Choice as a game that is meant for “those players looking for fresh gaming entertainment that is both quick to learn and rewards skilful strategic play.”

The game was in development with 1x2gaming for over a year, but will soon be available to online casinos partnered with Probability Jones worldwide.  The game is expected to launch initially in the UK and later expand to all legal online gambling markets, including Canada.

Until the game is officially launched for real-money gambling, Probability Jones invites all blackjack players to test the game for free in the international tournament.  The match itself is free to play, but offers a $2,500 reward for the player who can select the best of all hands and win the tournament.  The tournament is open in all legally eligible online gambling markets until September 30, and players can enroll into the qualifying round of the tournament by the end of August.