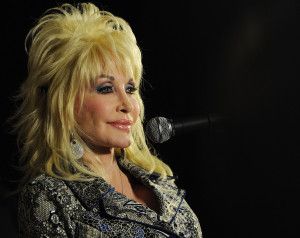 In one of the most interesting pieces of gambling news unveiled this week, celebrated country-music singer Dolly Parton has been immortalized in the form of a casino slot machine. Normally, movie and comic book characters serve as inspiration for slots games, but Dolly Parton is paving a new way with the release of IGT’s ‘Nine to Five’ and ‘Two Doors Down’.
“As you know, I love doing lots of different things and this is the most different thing that I’ve done so far,” Parton says. “I’m very excited to be working with IGT on my very own video slot machines and five-reel spinning reel games.
Both games will be unveiled at next month’s Global Gaming Conference; however, some details of the new games will be released. Both ‘Nine to Five’ and ‘Two Doors Down’ will feature interactive juke boxes built into them. Players can select which Dolly Parton hits they would like to listen to while they play, in a welcome change to typical 8-bit slot machine music.
Dolly Parton seems well-acquainted with the gaming world, as her likeness has been used several times to market games. Bally Technologies created a pinball machine based on the living legend while Plus 5 Gaming dedicated a whole site to her called Dolly Parton Bingo.

Kathleen Wynne Still Refuses To Endorse Or Reject OLG Casinos
Lottery Scam Uncovered In Western Canada
RCMP Release Details of Investigation into Illegal Online Gambling Website
What are the speculated impacts of sports betting on online poker in the US?