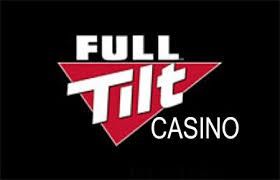 Rational Group, owners of the PokerStars and Full Tilt Poker online gambling domains, announced operating changes in the summer of 2013.  The changes involve rebranding Full Tilt Poker as Full Tilt Casino with a variety of online casino games available on the domain, while leaving PokerStars solely as an online poker room.

The two poker brands were former rivals prior to the 2011 Black Friday poker scandal.  The aftermath of the scandal resulted in the US Department of Justice seizing the Full Tilt Poker domain, while Rational Group negotiated a settlement for PokerStars.

As part of the settlement, Rational Group agreed to purchase the assets of Full Tilt Poker, and settle the domain’s outstanding liabilities with the US authorities.  Full Tilt Poker was relaunched as a sister site to PokerStars, allowing poker players to easily navigate between the two online poker rooms.

However, operating two online poker rooms became counterproductive for Rational Group, and the company decided to transform the Full Tilt brand into an online casino.  Earlier this month, Full Tilt began a software update that incorporated play-money blackjack and roulette casino games as part of a soft launch for the new Full Tilt Casino in designated markets.

While no official date for a full launch was offered Eric Hollreiser, Head of Corporate Communications for PokerStars, says the casino games will be made available following a successful trial run.

“Following the test period we will provide real money offerings in current and additional test markets.  As always, we will provide the high quality player experience, integrity, security, safety and support that players have come to expect from Rational Group brands.”

PokerStars remains the world’s most popular online poker destination, and Rational Group has no intention of changing operations at the PokerStars site.