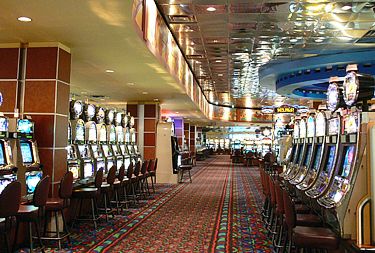 Two of Ontario’s racetracks will continue generating slots revenue through the end of September.  The agreement is part of an ongoing agreement to support racetracks in the wake of the cancelled slots at racetrack revenue sharing program shared with the OLG.

Great Canadian Gaming Corporation owns the Georgian Downs and Flamboro Downs racetracks.  The two racetracks were exempted from an agreement with over a dozen racetracks earlier this year, which left rural Ontarians in the communities surrounding the two tracks questioning if their futures were secure.

Most of Ontario’s racetracks rely on revenue from OLG slot machines operating onsite at the tracks.  Revenue made from horseracing has been on the decline over the last decade, and managers of most racetracks openly admit their businesses would be inoperable without the slots revenue.

After months of behind the scenes negotiations, GCGC confirmed that an interim agreement was reached with the OLG to extend the slots operations until the end of September.  The extra month provides both parties with time to discuss a more viable, long-term revenue stream to support the two tracks.  September is also a popular month for the racetracks as racing seasons typically end by the end of the month, with the slots allowing racetracks to capitalize on tourists and local racing fans.

GCGC and the OLG agreed in principle back in April to lease the area where the slots are housed at each racetrack for the next five years.  The two sides have been operating as if the agreement was official, but a formal contract has yet to be presented.