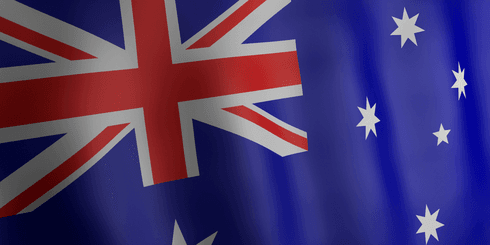 iGaming in Australia might be a thing of the past after senators agreed to approve a bill seeking its nationwide ban. The senators went ahead and gave the bill a nod despite the various disapprovals and opposition emanating from a majority of the local players. The passing of the Interactive Gambling Amendment Bill 2016, in a nutshell, brings an end to online poker in Australia. The bill, which was proposed by Alan Tudge, the minister for Human Services in Australia is set to revise the Interactive Gambling Act 2001 (IGA). It was seen as the government’s action towards the recommendations that had been raised during a consultation review held in 2015 on the impact caused by illegal offshore betting.

Components of the Bill

According to provisions in the new bill in Australia, all poker and online casino services will be completely banned in the nation when the bill takes effect in 30 days. There are already reports published in the local dailies indicating that the planned blocking of all unlicensed operators’ ISPs that were targeting Australian players will be put on hold. It is clear that they will not be effected in the foreseeable future. The new bill had been drafted with an aim of plugging the gaps that existed within the existing gaming laws.

Passing of the Bill

A number of events occurred before the bill was passed by the Australian Parliament’s upper house. It occurred one week after a senate committee on environment and communications references had called for public participation during the hearing on online poker. The committee had called upon the interested parties and online poker enthusiasts to offer their testimony regarding their calls to have these games excluded from the ban. The hearing was set up in order to get the opinion of all involved parties as well as poker players on whether the online poker game ought to be banned and if on the contrary, reasons against its banning.

Among the chief advocates for the exclusion of online poker from the ban was Senator David Leyonhjelm. Senator David is on record holding that online poker ought to be classified in a different manner from the casino games given that it is a game of skillfulness and hence should not be banned. In addition, the senator is on record for championing for the establishment of an online market that will be properly regulated and comprise of proper taxation and monitoring in place of allowing a complete blanket ban on all these services.

Effects of the New Bill’s Approval

Despite the fact that these pleas have been put forward, it seems they fell on deaf ears and the consequences of the bill have started to be felt in the industry. Already a number of operators have chosen to exit the market early in the wake of the passage of the bill. 888poker, PokerStars, Gaming Innovation group and 32red are among the online poker operators that have already exited from Australia’s market. They have closed down their operations in Australia and no longer accept players from the country. There are also indications that the remaining players will also exit.