Toronto Casino Debate Scheduled For May 21 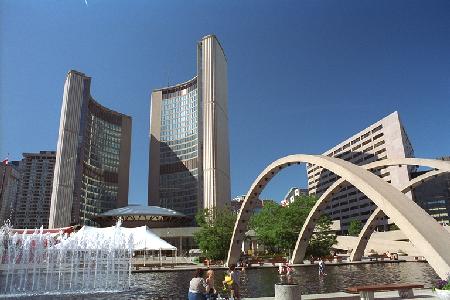 Toronto Mayor Rob Ford decided that May 21 will be the day city councilors debate the merits of the proposed OLG casino.  The council discussion will conclude over a year of informal debates, consultations, and public feedback that will determine the future of gambling in Toronto.

Council holds a general meeting on May 7 and May 8, which initially included time to debate the casino report, written by city manager Joe Pennachetti.  The report compiled a cost-benefit analysis, as well as feedback from citizens who attended the public consultation meetings in January, or submitted feedback forms online.  City staff also recommended that the casino, regardless of the selected location, include an evenly split revenue sharing agreement with the province, and at least $100 million in casino hosting fees.

The revenue model remains unclear, even in the final weeks of debate.  The Ontario government rejected the notion that Toronto will receive a special agreement that dwarfs the revenue sharing arrangements with other Ontario communities.  As a result, a number of swing vote councilors, including some of Ford’s closest allies, are prepared to vote against the casino.

Ford decided to postpone the discussion until a day where the casino could be the only topic on the administrative agenda.  He denied questions that the delay was a stall tactic to rebuild support for the proposal, and hinted that opinions regularly change on big ticket proposals.  Reporters also pressed the mayor about his odds of winning the debate, but Ford seemed assured that there was still support for the casino.

The OLG wanted the Toronto casino as the central piece of its gaming modernization strategy, but insists the final decision lies with city council.  However, if Toronto does ultimately reject the proposal, the OLG says it will negotiate with other communities in the GTA.