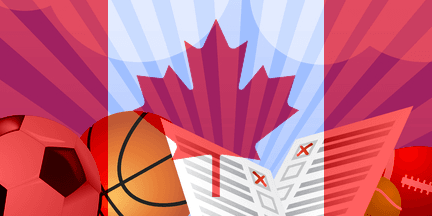 The Canadian Senate, embroiled in numerous controversies, remains determined to let the single game sportsbetting bill, publicly known as Bill C-290, die on the table when the Parliamentary session ends for the summer.  But pro-sportsbetting reformists, including municipal politicians, chambers of commerce, and even former OPP officers are putting increased pressure on senators to stop the stalling tactics, and pass the bill into law.

Bill C-290 was passed through the House of Commons over a year ago, but remains stalled in the Senate ever since the Lower House vote.  Senators were lobbied by North America’s four major sports leagues to defeat the bill against the wishes of the majority of Canadians, who overwhelmingly support the reform.

If the bill passes into law, Canadians will legally be able to bet on a single sporting event in authorized casinos.  The current laws stress that sports bettors must wager on at least three games for the bets to be legal, which the sports leagues argue prevents match fixing.

Matt Marchand, President of the Windsor Chamber of Commerce, is leading the campaign to reaffirm Canadian support for Bill C-290.  Marchand went to Ottawa this week alongside Niagara Falls Mayor Jim Diodati and former OPP Deputy Commissioner Gerry Boose, and spoke with media outlets in the nation’s capital.  Marchand and Diodati represent the interests of casinos within their communities, and Boose is one of dozens of officers across Canada who signed a petition supporting Bill C-290.

Marchand stated that Canadians already bet on single games regardless of the laws using online casinos that are unregulated in Canada.  Money bet upon those websites is money lost to the Canadian economy, which Marchand says significantly affects communities with casinos or other gambling facilities.  He also clarified that Bill C-290 will allow provinces to amend their own sportsbetting laws, and authorize single game matches.  The bill will not automatically reform gambling laws across all of Canada.

“It would translate into jobs and economic development and more reasons for people to come to Windsor (and other casino cities), spend the weekend, get a hotel room and enjoy the region.”

The ongoing spending scandals in the Senate plaguing Mike Duffy, Pamela Wallin, and other senators could throw a bone to the stalled sportsbetting reform movement.  While Senate leaders refused to confirm the reports, one volunteer staffer let slip that Senators will fast-track votes on remaining bills in the Senate, including Bill C-290, to calm the storm brewing towards the Upper House of Parliament.

Niagara Mayor Diodati was encouraged that the Senate could move the bill along, even though reports remain speculative at this point.  He believes that the bill will help Niagara and other border communities attract American tourists once again as single game sportsbetting remains illegal in US casinos.

“If the politics line up and the dollars line up, then you have to do it as far as I’m concerned.”

Sportsbetting reformists argue that Canada’s laws are outdated with modern technology.  Paul Burns, Vice President of the Canadian Gaming Association, says provinces support the bill, gambling support groups support the bill, and law enforcement support the bill.  The merits of Bill C-290 outweigh the concerns of the sports leagues, according to Burns.

“For Canadians it’s about consumer protection.  And it’s about the economic benefits of that money staying in Canada.”