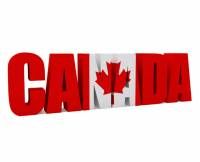 The previous 2010 Parlay-Penningautomatforening (Paf) Group agreement was for the integration of “Parlay5” bingo gaming platform into Paf’s gaming system, as a way of enhancing the casino company’s online bingo offerings in line with a 2011 international expansion initiative. As it is, the Canadian company’s Parlay5 contract will simply end this year, since the Aland-based casino company has opted to collaborate with Proactive Gaming instead.

According to Paf’s Head of Games Kim Johansson, they “hope to develop the industry’s best bingo product” with the new partnership. As a casino company founded mainly for charitable purposes, it is their belief that they have found a bingo gaming partner “with extensive experience and unique knowledge” that will give Paf’s online gaming facility the flexibility of being able “to go the whole distance and eventually create unique experiences for customers.”

Proactive Gaming CEO Paul Burman regards the new alliance as a “relationship very much a match made in heaven.” CEO Burman calls Paf a “dream partner” as he considers the Aland-based online casino “a standard bearer for great customer care, their profit goes to public good and they have a deep experience of gaming”, which the Proactive CEO deems as qualities that will benefit his company in their games development.

The Penningautomatforening (Paf) Group is a Finnish company that was established in 1966 to bring together under one gaming license, the gambling and gaming machines of non-profit organizations operating in the Aland Islands, a Swedish-speaking autonomous region of Finland. During its early years of operation, the charitable gaming organization mainly relied on the gambling business brought over by the shipping industry. By 1999, the Paf Group made its initial venture into Internet gambling industry, which expanded rapidly as it kept in pace with the continuing growth of Internet-based commercial operations. The performance of Paf’s online casino subsequently surpassed those of their land-based and ship-based gaming facilities.

Now and after nearly 50 years, the Paf Group is well-established as an international gaming operator that continues to generate profits for good causes and so far has distributed as much as €160 million to charities.