Is this the End of Live Racing Events in Florida? 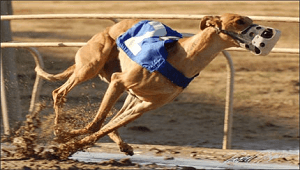 A current dispute is circling around the dog and horse tracks in Florida. Some want to do away with live racing because it draws an unsavory crowd. Presently, Florida’s pari-mutuel facilities survive for the reason that of live racing, “decoupling” would eliminate a obligation that live racing must be presented by tracks or they could risk losing more profitable operations, like the slot machines and poker rooms. January’s session is soon to come and the gambling legislation is one of the topics on the agenda. It is a key item on the schedule and lawmakers are going through all the ins and outs before making a decision.

Governor Rick Scott signed a contract on December 7. This would remove the requirements and expand gambling in the southern part of the state. This will generate another $3 million for the state in the next seven years. It wouldn’t begin until 2017, and it will need to be ratified by the state’s legislature. Things like greyhound racing was once a money maker, but now they are losing money. This is one of the fueling points of the debate. Live racing is a dying industry and they are only alive due to tax breaks. Another saving grace is most of these establishments have slots and poker rooms. This is their slim margin for profit.The Stronach Group owns and operates the Gulfstream Park in Hallandale Beach. They took over Churchill Downs last year. They want to get out of horse races but keep the slot machines. They want to also reinvent their card room and open it back up for the public. They would use the money from the slots to allocate and put toward the contracts with both breeders and horsemen till their agreements were fulfilled. Calder lobbyist Wilbur Brewton gave a statement regarding the matter.However, Brewton is against forcing them to continue to offer horse racing, especially when it is a “dead horse.” They are losing money faster than they can keep track of. The Miami Gardens Track is one of the entities on the losing end. The legislation says for them to either race horses or they will lose their permits. Many are saying this is unfair because they are forcing them to be in a sport that is costing them more than what it is bringing in. The horse industry doesn’t want them to do away with the sport, as there are thousands of job that would be lost. They will examine whether decoupling is able to survive across the board and then they will use that to sway the horse industry. January is not that far away and time will prove whether or not horse racing will be banned from Florida.