Opportunities To Strike It Rich By Playing Slots At Mobile Casinos 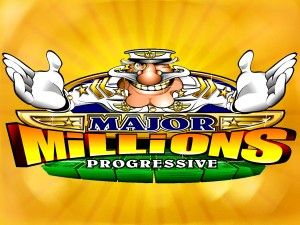 Online and mobile slots are unpredictable, and for some lucky players that unpredictability can be very rewarding.  Progressive jackpot slots continuously grow the more that casino players bet on the games until one player spins up the winning combination – and walks away a millionaire.

A player from the Netherlands is the latest to hit a multimillion dollar jackpot on the digital gaming reels.  The player, whose identity remains anonymous, was playing the Major Millions slot on an iPhone, and within minutes won over $1 million from the game.

The win is one of the largest for a mobile slots player in history, and was even more notable due to the way the game was won.  The player was credited a $50 birthday voucher from the casino account manager, and used that money to play the slots on the go.  After realizing the jackpot was won, the player was ecstatic to have such a memorable birthday present.

“The jackpot was over a million dollars, and I was using free money, so I had nothing to lose!  2 minutes later and the reels started flashing and the bells started ringing.  I couldn’t believe it!”

While the jackpot was notable for the burgeoning mobile casino network, other mobile slot jackpots have been larger in the past.  The largest mobile jackpot on record was over $4 million on the Mega Moolah slots game inside Spin Palace casino, a prize won by a loyal player from Germany.

According to many gaming records, the largest slots jackpot won playing at an online casino was worth approximately $22 million.  However, the biggest jackpot won in an offline casino was in Las Vegas worth slightly less than $40 million.