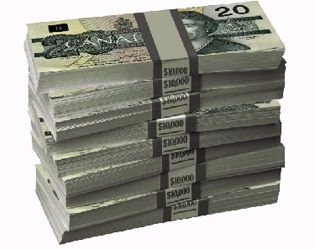 , the lottery operator goes on with more prizes to award.  On Friday January 17, Lotto Max will hold its next draw with a jackpot prize of $50 million, along with what operators bet will be 12 MaxMillions prizes worth $1 million each.

The grand prize quickly escalated to the maximum $50 million following the January 10 draw, which yielded no jackpot winners, or any matching tickets for the MaxMillions prizes.  As a result, the money for the larger prizes was rolled over into this week’s draw.

However, there were a few smaller prizes that benefitted five players.  The next highest payout after the MaxMillions was an approximate $178,000 last week, and the drawn numbers matched three tickets – one identified in Toronto, while the other two were sold in BC.

In addition to the cited payouts, Lotto Max also provides the ENCORE option on each ticket if players choose to buy in.  The ENCORE prize is valued at $100,000 and two players – one in Peterborough and one in North Bay, matched the ENCORE numbers.

But none of the payouts took a sizeable amount of money away from the Lotto Max jackpot, and as more players opted to pay the $5 for a ticket, the prize continued to swell.  Any regular, recurring, or first time lottery players can purchase tickets up until 9pm EST tomorrow night, with an opportunity to win $1 million or potentially the $50 million grand prize.