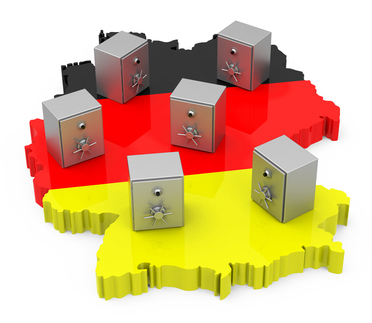 In Germany, Several banks have been revealed to be processing payments to internationally licensed online casinos that have been forbidden to operate in the country. The German banks which have been involved in processing these payments include Wirecard, Postbank, Hypo-Vereinsbank, and DZ Bank. They have been processing payments against the gambling laws of Germany. The documents were revealed by the Paradise Papers following a report by German Newspaper and the public broadcaster NDR.

The evidence showing that the German banks were involved in illegal payments came from an investigation by an offshore law firm and the Paradise papers. The 13.4 million documents showed a connection between the financial institutions and the illegal online gambling sites in Germany. The online casino companies behind the report denied saying that they do not take participation payments for gambling from Germans as it is against the German Law. The banks also denied their involvement in the violation of the German gambling laws, both Postbank and Hypo-Vereinsbank claimed that they had followed all legal and regulatory guidelines of the German gambling laws. DZ Bank claimed that it would look into the matters before defending themselves. Wirecard Bank denied, they said they completely have no any involvement with illegal casinos and gaming activities.

The documents were acquired by Germany’s Sueddeutsche Zeitung which shared them with the International Consortium of Investigation Journalists (ICIJ). The state of Lower Saxony Interior Ministry said that the banks involved could be found guilty of processing payments to illegal online gambling and money laundering charges. There are no corrective measures that have been taken although the ministry was tasked to look into the matter. The banks and the casinos have so far not been issued with the binding orders according to the reports.

Bafin, the Germany’s financial regulators, has not dug deep into the case, they claimed that they cannot be able to determine whether the prohibited online casinos were operating in the market illegally. The illegal online casinos’ operators found to be operating in the country are Tipico, Royal Panda, Bwin, Casino Club, and others. Some of the operators such as Tipico and Bwin have licenses that were issued to them by the German state of Schleswig-Holstein, which made its own substantial licensing system leaving out the federal gambling treaty permitted by the other 15 German states.

Germany has in the past battered the international online gambling operators through the local customers’ sites. The European Union and German courts have looked into the government’s ability to approve international sites over the validity of the Germany’s federal gambling laws. Currently, a German Federal Administrative Court defended the constitutionality of the prohibition by Germany’s law on international online casinos and gambling operators. The German Sports Betting Association (DSWV) also gave a quick statement that claimed that the court had not given the way up to the government‘s original strategy to offer licenses to approximately 20 sports gambling operators. This statement has currently left the country in a state of confusion, making it reluctant to step into the case.