Arrrgggg – Your chance to own a casino’s pirate souvenir 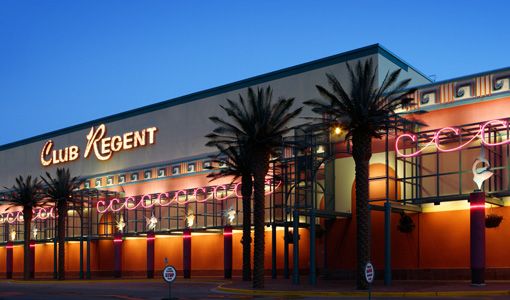 If you enjoy the high seas and endless tales of adventure and pillaging, then perhaps this is your once in a lifetime opportunity. Set your sites on the wonderful town of Winnipeg, who is offering up a treasure booty so grand that only a cabin boy would be too blind to take advantage of it.

A massive replica of a pirate ship has sat in the Club Regent Casino for quite some time, but they have decided that they will be removing it from the casino and putting it up for sale. It has sat in the lobby of the casino as a unique welcoming to visitors since 1999, and anyone who has walked through those doors is certain to remember the spectacle sighting of this impressive ship. The casino is changing up the theme a bit and switching over to a Mayan resort type of style, which means that the ship will have to go in order to make room for new renovations.

Mathew Rurarz is currently in charge of running the decimation of the current interior of the casino before the crew will begin constructing the new theme. He felt that he just couldn’t destroy the ship because it held so much value for the casino and was a wonderful work of art. Instead, he has made the executive decision to market it online, listing it for sale to the highest potential buyer.

The listing, posted over on Kijiji, does not have a set price for the ship. Right now, buyers are welcome to make an offer by contacting Rurarz. The listing has been up since September 19th and doesn’t have a set buyer yet, but that doesn’t mean there aren’t offers on the table. The ship will be dismantled from the casino in upcoming weeks in which a winner will be announced and it will be sailed off to the lucky bidder.

One Winnipeg resident named Ed Janczyszyn had high hopes of purchasing the large boat himself. He wants to use it as a Halloween decoration and would build a theme around it to create a spooky spectacle for the upcoming holiday. Sadly, his yard is just too small for such a large vessel so he won’t be placing his bid on the boat, but it’s a potentially neat idea for another crafty investor.

Rurarz did say that they have received offers but they haven’t settled on anything yet. Even if a large offer doesn’t come in the boat will certainly have a new home ready for it.

This unique ship should be sold off before the end of October, so if you have an interest in owning a casino classic this may be your only chance to get your hands on something like this. It’s rather large and so it would likely only be usable as an outside decoration unless you happen to own a big building to place it in.

Good luck to all bidding landlubbers!