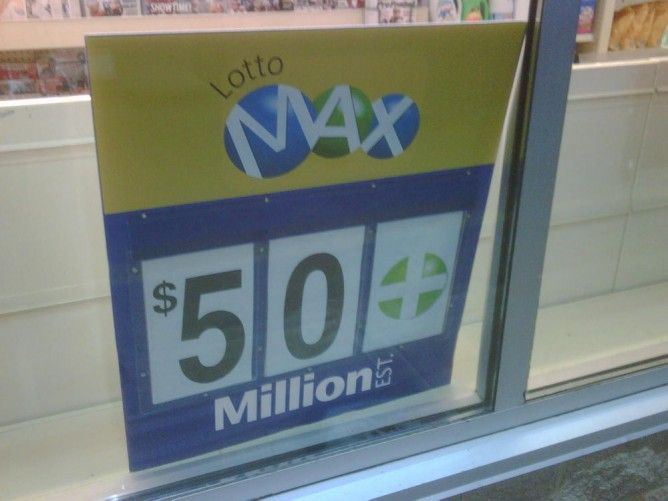 On November 30 2012, a resident in Cambridge Ontario became $50 million richer following the Lotto Max draw of the week.  Over a year later, the jackpot prize remains unclaimed in what could become the largest forfeited lottery win in Canadian history.

According to Lotto Max rules, a jackpot prize is eligible to be claimed up to a full year after the winning ticket is drawn.  The rules also indicate that if the annual deadline falls on a weekend, that deadline is extended until midnight of the following business day.  As a result, since November 30 2013 happened to be on a Saturday night, the deadline to claim the jackpot was extended until midnight on December 2.

As of today the OLG, which is responsible for distributing the Lotto Max jackpot in Ontario, says no ticketholder has come forward to claim the prize.  The Ontario gambling regulator admits it knows the location in Cambridge where the winning ticket was sold, but refuses to publicly release those details until the winning party comes forward to claim their prize.

But with the deadline now passed, including the two-day grace period extension, the OLG must decide what to do with the unclaimed jackpot.  A special announcement is expected at the OLG headquarters in Toronto today to declare what will happen to the money.

According to Canadian lottery records, should no one claim the Lotto Max jackpot, it will become the largest unclaimed lottery jackpot in Canadian gambling history.  The OLG says only one percent of winners will forego their winnings, and those abdications are typically for smaller prizes.  Records show there is also a ticket worth approximately $300,000 from the same draw sold in Orillia that remains unclaimed.