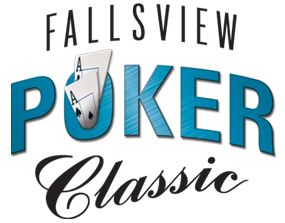 The World Poker Tour has made Canada an important stop on worldwide tournaments over the years, with the WPT Fallsview Poker Classic a highlight of the Canadian leg of the tour.  The tournament takes place inside Fallsview Casino in Niagara Falls, one of Canada’s most prestigious casino entertainment destinations.

Those hopes were paid off on the final hand of the tournament, when Matthew Lapossie – a native of London Ontario, walked away as the winner of the 2014 WPT Fallsview Poker Classic.  The win for Lapossie earned him an impressive $326,000 cash prize, his largest payout in his poker career to date.

The win was not easy for the Canadian, who competed against 383 other players to earn a seat at the final table.  But things got off to a great start for Lapossie in the championship round as he took a commanding chip lead over his opponents after eliminating Peter Labib, and adding 700,000 chips to his stack.

After six more players were wiped out, Lapossie was left in a heads up battle against Dylan Wilkerson.  The two players faced each other numerous times over the course of the tournament, and Wilkerson nearly bankrupt Lapossie more than once before they faced off for the final pot.

When the final hand was dealt, Wilkerson went all in holding a pair of 4s.  Lapossie, as the chip leader, had more than enough to call his opponent with the Ace and 5 of spades.  The five cards in the hole drew up the Ace of clubs, 10 of hearts, 6 of clubs, 6 of spades, and 2 of hearts.  Pairing up on the Ace, Lapossie defeated Wilkerson’s lower two pair, and secured the main prize.