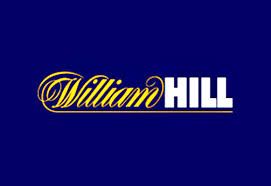 Last Friday, William Hill released its complete report of its global activities for last year. The report revealed the company increased its net revenues by one-percent. Philip Bowcock, the company’s interim CEO, said that last year was a challenging year for William Hill. He went onto say that the bookmaker, based in Britain, is getting ready to develop improvements in the industry.

The report revealed that the company grew from £1,590.9 million to £1,603.8 million during 2016 to the end of December. William Hill also announced that its adjected operating profit fell by 10 percent. That number went down to £261.5 million, but operating cash flow has been estimated at £265.9 million. This is due to excellent cash generation on William Hill’s part.

William Hill’s revenues did fall by three-percent, but last week their shares improved. Last Friday, their shares rose to almost three-percent in the morning trading. Not only that, but the sports betting sector experienced significant growth, as it grew by six-percent. Currently it stands at 70 percent.

Bowcock said the company will continue to improve their customers’ experience and this means making their service easy and fast. He added that they also want to make betting with William Hill an enjoyable and personal experience. Bowcock said William Hill plans on expanding their produce range and they will be investing more in marketing, as well as deploying their expertise in key areas.

Furthermore, it was recently announced that Bowcock would be promoted to CEO of the company. This means he will no longer be the interim CEO, as he would be the permanent CEO.

The announcement was made right around the time William Hill released its full-year financial figures for last year. Bowcock became the company’s interim CEO last July when James Henderson resigned from the position. Before becoming the CEO, Bowcock was William Hill’s chief financial officer.

Bowcock has also served as the chief financial officer at Cineworld. After he left the company, he went to work for William Hill in 2015. Other possible candidates were offered the job over the course of nine months, but all of them turned down the position.

Just a few weeks ago, one of William Hill’s shareholders, Parvus Asset Management, urged the bookmaker to consider merging with another gambling operator. They believe this would ensure a bright future for William Hill. As of now, it’s not clear whether or not William Hill has any plans to pursue a merge.