Tension Flaring In Ottawa Over Rights To OLG Backed Casino 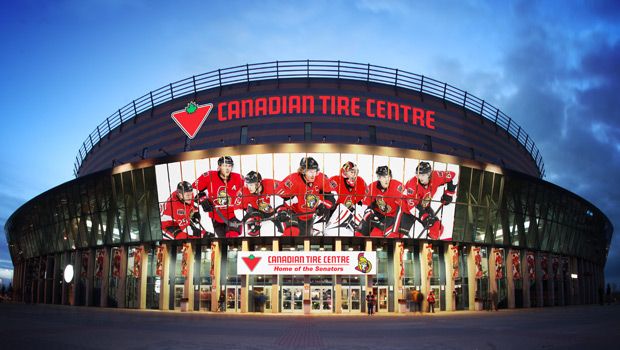 The city of Ottawa is preparing for a legal showdown between Mayor Jim Watson and Eugene Melnyk, owner of the Ottawa Senators.  The two men have engaged in a heated public relations battle over the past week, which devolved into an even more toxic relationship this week.

Melnyk made no secret that he wanted to bid for the operating rights to the OLG backed casino located somewhere in the city.  As owner of the Senators, Melnyk owns the Canadian Tire Centre arena in the south suburbs of the city along with the surrounding land, which was slated for development when the arena first opened 17 years ago.

Melnyk wanted the casino as a reason for locals and tourists to visit the CTC region year-round.  The Senators attract an impressive crowd during home games, but the team still costs Melnyk approximately $10 million a season as the market is simply not large enough to make the team profitable.

According to Melnyk, the casino would provide additional revenue to support the arena, and subsequently the team which is in the best interests of Ottawa.  The city and the Senators are partners on a number of community development projects, and the community can ill afford to lose its NHL franchise.

However, the OLG struck down Mayor Watson’s proposal for a second gambling facility in the region earlier this week.  Watson and the majority of city councilors previously expressed their support for the Rideau Carlton Raceway as the only contending location for the casino, a decision that greatly angered Melnyk.

The Senators owner lobbied in favour of the casino last year, supporting Watson’s attempts to bring the community onside with the proposal in exchange for the right to bid on the facility.  Now that it appears Melnyk will not become manager of the OLG casino, he is preparing for all out war against Watson and city council, though stopped short of committing himself to a lawsuit.

Stittsville Councilor Shad Qadri, who represents the ward that houses the CTC arena, understands Melnyk’s frustration, but also says the city must first serve the people it represents rather than cater to business elites.

“The city’s relationship with Mr. Melnyk and the overall organization is a business-type relationship and that’s where it will remain.  I’ve worked together as a ward councilor with the Sens previously, and will continue to do so.”