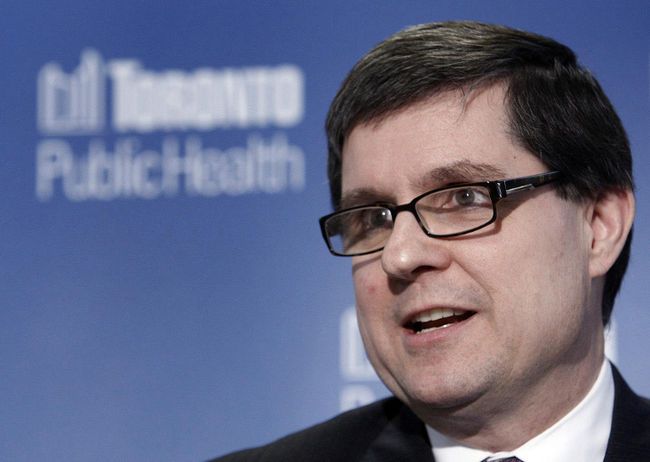 Toronto’s Medical Officer of Health Dr. David McKeown has made a list of recommendations that he argues will combat problem gambling if the OLG establishes a casino in the GTA.  The OLG announced earlier this year its plans for installing multiple casinos throughout Ontario communities, with heavy emphasis on a casino in Toronto.  Dr. McKeown says his recommendations would require concessions from the OLG, and it is up to Toronto city council to negotiate them.

Dr. McKeown released his study early Friday morning for city council to review.  He says the casino must close for at least six hours each day to help limit addictive gambling for residents in closest proximity to the casino.  He recommends the number of slot machines be limited, ATM machines and alcohol be kept off the casino floor, a reduction in the maximum bet size, the elimination of loyalty rewards programs, and a mandated maximum daily loss amount.

Dr. McKeown says a Toronto casino could have negative effects on the health of the community, if proper provisions are not in place to prevent problem gambling.  He cites statistics that suggest 1.2 and 3.4 percent of Ontarians are addicted to gambling, and nearly 11,000 of those gamblers reside in the GTA.  There are also concerns the mental health of residents who gamble could be at risk due to problem gambling, which Dr. McKeown says could result in fatigue, substance abuse, or depression.

Toronto city staff submitted a report to Mayor Rob Ford’s executive committee at the end of October, which raised a number of the suggestions now being made by Dr. McKeown.  The city report also highlighted the economic benefits that would result from a casino, suggesting a boost to city revenue and an improved job market.  The committee is currently taking part in a public debate to discuss the proposed casino, and is expected to submit its decision to the OLG next March.