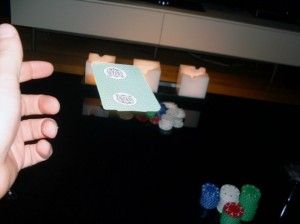 PokerStars submitted a purchase bid for the Atlantic Club earlier in the year as New Jersey lawmakers were reviewing an online gambling bill.  The bill includes a clause that says all online gambling sites must house their servers within Atlantic City casinos, which means operators must either partner with or own a piece of a brick and mortar casino on the New Jersey boardwalk.  PokerStars paid $750,000 a week to keep the Atlantic Club open, after the current owners opted to file for bankruptcy, and have now spent $11 million of the $15 million purchase bid.

The agreement stated that PokerStars must acquire a casino license with the New Jersey Division of Gaming Enforcement by April 26, or the deal was off the table.  When the deadline passed and regulators stated the review would last until August, the Atlantic Club rejected PokerStars.  The online poker site took its case to court to prevent losing its $11 million and rights to the casino, where Judge Batten ordered a temporary restraining order two weeks ago to prevent the Atlantic Club from accepting other offers while the case was in review.

Following the ruling, PokerStars spokesperson Eric Hollreiser says the company will review the judge’s decision before deciding on whether to launch an appeal.  But Hollreiser stressed that PokerStars remains committed to entering the lucrative New Jersey market.