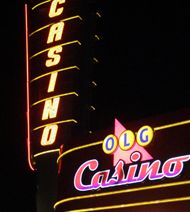 The OLG casinos have divided support in Ontario communities, but have also divided political leaders.  Ontario’s Liberal party is considered a co-architect of the OLG gaming modernization strategy, and as such believe in the idea of urban casinos.  However, federal Liberal leadership candidates – including front-runner Justin Trudeau – seemingly oppose the strategy endorsed by their provincial counterparts.

The OLG gaming modernization strategy is based upon developing privatized casinos in Ontario communities.  Ottawa has already submitted its approval of the project, while Toronto, Hamilton, and other communities remain locked in rigorous debate regarding the proposals.  The OLG and the previous provincial Liberal leadership of Dalton McGuinty have given Ontario communities until March – coinciding with the beginning of spring – to officially support or reject the casino strategy.

However, the Liberal leadership has changed.  Dalton McGuinty stepped down as Premier amid growing controversy, and Kathleen Wynne has been appointed as McGuinty’s successor.  The new Premier continues to support the OLG strategy, but agrees with some opponents who argue the issue has been rushed without enough time to fully review the opportunity costs of a casino.  Wynne stated on record this week that the province needs to stay out of the casino decision process in Ontario communities, while hinting that the deadline for submission may be extended.

“My position on casinos is we’re going to allow municipalities — within the provincial framework — to decide whether or not they want a casino and where it will be located.”

However, the Liberal caucus appears to be divided between its provincial governors and federal leadership contenders.  The federal Liberals are in a leadership campaign that will elect the new leader of the federal party.  The most popular candidate by a wide margin is Justin Trudeau, who many expect will be elected to lead the federal Liberals in the next election.  On a campaign stop in Hamilton last week, Trudeau enforced his belief that casinos aren’t in the best interests of Ontarians and all Canadians.

“Studies have shown that casinos tend to be another form of taxation on people who are disadvantaged.”

In order for federal leaders to succeed, there must be caucus unification among federal and provincial parties across the entire country.  It remains to be seen if this divisiveness over casinos could form a deeper rift in the Liberal caucus going forward.