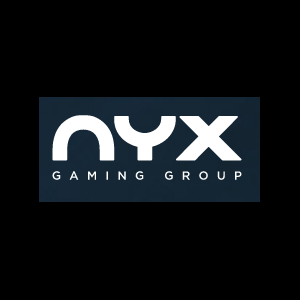 NYX, a gaming, and sports betting supplier is extending its partnership with GVC Holdings. They plan to go live with Gaming’s Open Gaming System (OGS). NYX OGS is essentially an online casino game distributor with games that they developed in-house (developed by NextGen Gaming Studio) and games from third-party developers.

Bwin.party, an online gambling company, was purchased by GVC in February of 2016. GVC paid £1.1 billion for the gambling operator. The gaming company added bwin, partypoker, and partycasino brands to its portfolio. This made their presence much larger and, because of this, they are now able to reach more jurisdictions.

NYX’s new deal with GVC allows the provider to expand its presence and reach a wider audience. Expanding the reach of their products has always been part of the supplier’s strategy. They took part in a £270-million acquisition deal to further this purpose. Now, GVC is one of the largest markets and has frameworks in Italy, Spain, the UK, and many more countries.

In 2015, bwin.party was approved by the New Jersey Division of Gaming Enforcement and was able to enter the state’s online gambling market. They did this by partnering with the Borgata Casino located in Atlantic City. When GVC bought bwin, the partnership with the Borgata Casino and the approval by the Division of Gaming Enforcement remained. This means that their presence is now extended to New Jersey.

In addition to New Jersey, bwin is also likely to enter Poland’s markets. They applied for a license through the Polish Ministry of Finance and expect to enter the country’s market relatively soon. This will be during a unique time in Poland due to a new gaming/gambling law being passed in April. Under the new law, international operators will now be allowed to apply for a license to supply their games to local bettors.

However, the regulations have been causing controversy among the International iGaming’s community. The new law forced a few major industry players to exit the market. Among these were bet365, Pinnacle, and William Hill. They cited regulatory challenges as their reason for exiting. In addition, there was an imposed 12% annual tax on turnover, and this did not sit well with the multiple industry players. This 12% tax would have been added to the other taxes on their full-year revenue that the industry players have to pay to the European Union.