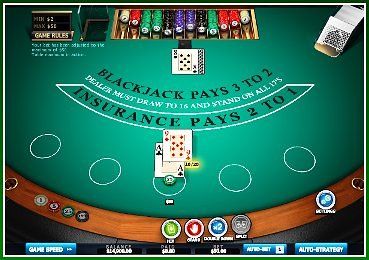 Somehow people are still under the impression that it is possible to steal from a casino and avoid all detection. Mohegan Sun officials are accusing a dealer and player in partaking in a not-so-elaborate cheating scheme at blackjack tables in the casino. The dealer, Roy Mariano has pled not guilty this week to the accusations.

The investigation by the casino alleges that Mariano has paid out an estimated $78,390 to a specific player, Marlene Rivera. Since the scheme was a partnership of sorts, Rivera also faces the same charges brought to Mariano.

Surveillance footage provided by the casino to investigator, Officer Thomas Nickerson, showed Mariano sliding $100 chips into stacks of $5 chips every time Rivera won a round at the table. The investigation was initiated by Tribal Gaming Commissioner, Robert Bjork, who asked Mohegan Tribal Police to watch Mariano. Surveillance footage shows at least 16 different times where Rivera and Mariano ran the scam in the span of one month.

The two sides of this story do not dispute the cheating scam, but like all good scams, involve a lot of finger pointing at other parties involved. Mariano was recently cut from a full-time shift to a part-time shift, which would be plenty of motive for some extra cash on the side, but Mariano states it was not his idea to get involved.

According to Mariano, he was approached by Rivera for the idea for the cheating scheme, but is unsure of the total amount he received as a part of it. Rivera states that Mariano created the plan and it that it initially started as an agreement between her boyfriend and Mariano before she took her boyfriend’s place in the ploy.

While there remains the possibility of such an occurrence taking place in a hectic casino environment, it is impossible to think that someone could “accidentally” pay a single player nearly $80,000.  Surely it has probably happened unintentionally on one or two occasions, but the sheer amount involved constitutes a devised plan and intent to deceive.

Mariano has recently pled not guilty to the charges of first-degree larceny and Rivera continues to await her day in court. Either way, their aforementioned knowledge of the cheating scam implies guilt and collusion or it will be interesting to see the ruling in this case.