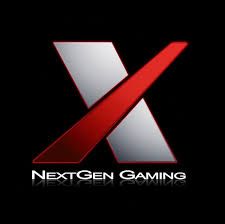 The release however, is initially for online casinos powered by NYX OGS gaming platform, such as Bet365, Gala Casino, Guts Casino, Mr. Green, Unibet and VeraJohn.

The full-launch for a wider release in other online gambling sites as a third-party provided-game, will take place later this year.

NYX Gaming Group Commercial Director David Johnson said that the “Merlin’s Magic Respins” posed a unique challenge to the company’s design team. The team aimed to make a sequel to NextGen’s best performing slot game that has something new and improved to offer as gameplay, even while using the character of the original “Merlin’s Millions” slot game. The NYX Director added that they are confident that the latest Merlin-themed game will be a delight to slot players, since the game promises more of the SuperBet™ feature, in which the “Wild Respins” offer greater opportunities of landing on multiple stacks of wilds.

NextGen is the gaming studio arm of the NYX Gaming Group, the first offshore based software gaming company to be issued a remote and non-remote UK license as gambling software provider for the British gambling market; and under the conditions of UK’s new gambling laws. Where other offshore-registered online gambling facility operators and gaming platform software providers have yet to secure their own UK licence, the NYX Gaming Group has already entrenched a solid position as software and gaming content provider in UK.

NextGen’s new title release is a 5-reel 50 payline fantasy-themed slot created as a sequel to the highly successful “Merlin’s Millions”. The Merlin icon still serves as the Wild symbol but this time giving players 7 Free Spins in which Merlin randomly casts his magic spell to turn entire reels into stacks of WILDs. Since the stacked Wilds will turn all icons into the symbols needed to form a winning combination of a payline, the resulting payouts could be massive.

The seven free games are activated when the Boiling Cauldron symbols appear on reels 2, 3 and 4 to which players could win massively from the matched combinations created by stacked wilds. More so if the player chooses the SuperBet™ option, which makes a big difference because it increases the number of reels that Merlin will transform into colossal paying Stacks of Wilds during the Free Spin rounds.

The SuperBet™ option increases the bet by 1, 2, 3, 4 and 5; but it also increases the number of reels in which stacked WILDs appear, as well as the number of WILD Respins available, all according to the bet level selected. WILD Respins are the free reel turns in which the Stacks of WILDs are held in place, while the other reels will continue to spin. The Stacked WILDS will stay in place if the spinning actions will continue to return not only with wins but also more stacked WILDs, up to the max limit allowed by the chosen SuperBet™ level. This denotes that if a player selects Level 5, Merlin’s spell could fall on all five reels that automatically results to a Super Big Win.