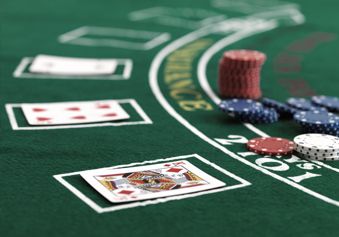 The giant Australian gaming corporation Aristocrat made a bold strategic move in buying the fast-growing Israeli gaming development company Plarium Global for a massive $500 million. Plarium is the developer of some of the world’s most popular social games. With this deal, expected to be finalized in December, Aristocrat positioned itself as a world leader in the rapidly expanding gaming market.

Plarium presently holds the exclusive rights to a number of the world’s most popular strategy games, including “Vikings: War of Clans,” “Sparta: War of Empires,” and “Soldiers, Inc.” By acquiring Plarium, Aristocrat gains access to millions of Plarium gamers.

Plarium, founded by Avi Shalel, Michael Morgovsky, and Ron Rofe in 2009, offers free basic games, with higher level features available for sale. The privately owned Plarium is housed in the Israeli city of Herzliya and, across its five studios provides work for 1,200 people.

In addition, Plarium maintains offices throughout the western world. Shalel credits his company’s employees, which includes some of the world’s best game developers, for Plarium’s remarkable success. Aristocrat’s top management agrees that the means to Plarium’s accomplishments has been the loyalty of its developers.

One of the keys to success has also been “Vikings: War of Clans,” a game whose popularity keeps increasing at an astonishing rate. This game requires the members of a team, called a clan, to assist each other to accomplish goals. Since its debut, it has been one of Plarium’s most popular games.

As stated, Plarium’s secret to victory has been its ability to attract top talent along with its ability to evaluate its competition. This dual approach has enabled it to grow rapidly in its target market, including the Russian social media network. In 2012, the fast-growing social gaming program “Stormfall: Age of War” was released.

On the stock market, shares of Aristocrat rose when the news was announced. Aristocrat CEO Trevor Croker said that the business strategies of Aristocrat and Plarium link up admirably, with comparable plans for moving forward in the highly competitive gaming marketplace. Avraham Shalel, along with his top management team, will carry on in managing Plarium.

According to top management of both companies, because of their similar goals and methods, the merger should have a synergetic effect on their joint competitive ability. CEO Croker stated that the deal allows Aristocrat access to new markets within the gaming community and puts them in a better position to expand into those markets.