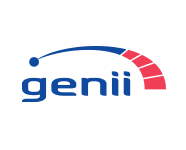 Genii casino games are impressive, and now they are about to become more impressive. Genii has signed a deal with Leander Games to greatly expand the number of venues capable of receiving the games in the company’s catalog. Genii is a top supplier of games. The company has a full catalog of about 130 games. Through signing a deal with Leander Games, Genii will gain new help getting those 130 games to customers and players who would be very interested in them.

Players are sure to be thrilled with the news Genii’s brilliant interactive games such as the i3D and Spin16 ones are to be distributed through the partnership. The interaction between players and the games makes for an intriguing wagering sessions. The technology Genii produces is cutting edge and original. With an expanded distribution network, the company should definitely attract more players. The games produced by Genii are hard to pass up.

The way in which the distribution deal is slated to work is quite intriguing. Leander Games does have a unique platform called LeGa. LeGa is a form of remote gaming server designed to deliver service to gambling operators. A platform better able to deliver gaming technology is always going to be helpful to customers and provider alike.

True, Genii is going to reach new customers. Genii alone does not gain all the benefit. A partnership does infer that both parties are going to benefit. Leander Games does gain quite a lot through the partnership. Distribution does not mean much when the product being distributed is lacking in quality. The games available through Genii are hardly lacking in anything. They are among the most impressive games a distributor could have access to. Genii definitely delivers something fantastic to its new distributor, and Leander Game really is going to benefit. Leander Games has noted the amazing “stand-out” games developed by Genii are sure to be a hit through the new distribution channel.

Genii’s success is based on the unique patented titles the company has created over the years. Genii’s output has been very impressive and innovative. Genii is not a company that releases product derivative of other programs. The games – especially the Spin16 games – are trendsetting to be sure.

Genii is surely thrilled as well. The company’s position in the market continues to grow and increase. Quality, as the saying goes, breeds success.