Do The Democrats Support Online Gambling? 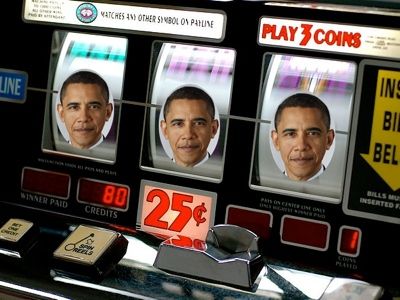 Last week, the Republican party announced its plans to ban online poker in American – but what do the Democrats think? Usually, when one party takes a strong stance on an issue, the other adopts the opposite – or at least presents a different view point. However, the Democrats have not adopted any viewing, choosing not to address online gambling legislation at all.
According to Tight Poker, the Democrats’ platform made no mention of online gambling – whether for or against legislation. President Obama showed his support for internet freedom,
supporting “expression, assembly, and association online for people everywhere”. Online gaming in particular was not mentioned.
During his term as President, Barack Obama also avoided the topic of online gaming. Despite the Poker Players’ Association push for online gambling legislation, the President remained silent on the subject. However, it was during this time that it was announced online gaming does not violate the Wire Act; so, the PPA is quite confident that the Democrat’s stance favours online gambling legislation.
“Countless Democratic members of Congress have expressed their support of a licensed and regulated online poker market in the U.S.,” says John Pappas of the PPA. “We are working diligently to advance legislation to make this a reality”.