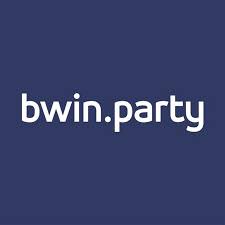 Bwin, an online betting and money gaming company has come out with a new advertisement that has a racing theme. The new advertisement is called “The Race” and it features a race between a police vehicle and a yellow taxi vehicle.

The first release of this advertisement was broadcast on Saturday, August, 12 throughout Europe. This new ad can be described as being a movie style high-speed car chase. The company says that the goal of this ad is to showcase the excitement that the Bwin brand brings to online sports betting and money gaming. Bwin’s latest ad spans for about 90 seconds and is meant to simulate the thrills, unpredictability, and excitement that one can get from betting and gaming with Bwin’s online platforms.

The high-speed car chase scene is just one installment of Bwin’s newest European continent wide advertisement campaign. Its campaign is expected to cost several million euros over the course of 2017 and into 2018. The firm behind the creation of “The Race” advertising theme is a global creative marketing company called BBH Sport. The London based sports themed marketing and branding agency will also play a major role in Bwin’s new “Live the Action” marketing campaign.

Executives at Bwin said that they have high expectations and ambitions for its new marketing theme and its news ads which “The Race” is part of. They say that they want people to associate Bwin with a sense of thrill as well as entertainment and action. Bwin also believes that its latest advertising campaign and new ads will help distinguish it from fellow gambling competitors.

More is coming from Bwin as well. “Live the Action” is only part one of a marketing campaign trilogy that will see two more major marketing campaigns and many more new exciting and unique ads. The ultimate and highly ambitious goal of Bwin is to become the European continent’s most recognized betting company.

Bwin’s latest ad, called “The Race” was released just before the beginning of a new football (Soccer in North America) sports season. This new football season is an important period for online betting companies such as Bwin. Its new marketing campaign should help attract new customers and bring attention to the brand as the football season kicks off and betting on football games begins once again.

Bwin is also integrating its new ads on a variety of platforms besides television. They will be featured on and played in movie theaters, social media such as YouTube, Facebook and Twitter and customer relationship management applications. New ads will also be played online. The winner in “The Race” advertisement will be unveiled in a second new ad during the fall when the UEFA Champions League games kick off.