Trump Angling for a Stake in the Macau Casino Hub 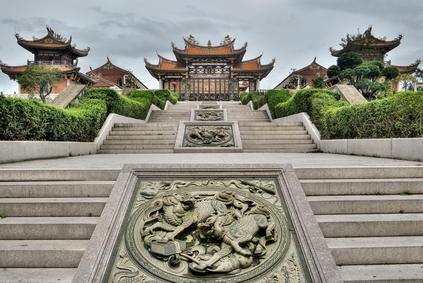 The personal brand of American president Donald J. Trump has applied for licenses that relate to the casino business in Macau, China. Macau is the only place in China where gambling is a legal practice. Sources privy to the details of the deal say that DTTM LLC applied for licenses in the island, which is a former Portuguese colony, and which is considered the largest gaming hub in the world. DTTM LLC is a Delaware based company which is responsible for handling the ownership of many trademarks associated with the president. The details of the dealings were also made available to the public on August, in 2017.

President Trump’s history with casinos and gambling dates back a long time. In the late 1980s and early 1990s, way long before he became president, Mr. Trump was one of the most influential figures in Atlantic City, the casino hub of the north-eastern parts of the states at the time. He was accountable for nearly a third of the revenue raised from the casinos in the city at that period, making him a real magnate in the industry. He had full ownership of four casinos at the peak of his stay in the industry, but he lost control of all of them over time as he filed a series of bankruptcies, the latest which was filed in 2009.

The decision to move into the Macau casino scene comes not so much time after Mr. Trump won a lengthy legal battle with a small company in the area over the usage of the Trump Trademark. Trump was allowed to use the trademark in restaurants and other hospitality related businesses. It also comes at the most opportune moment, as the casino industry in Macau is undergoing some significant changes. Six of the biggest casino operators in the area will have their licenses expires by March of the year 2020, without any clear indication whether they will be renewed or availed for new bidders to start operations in the city. Questions have been raised by analysts and that privy to Mr. Trump’s recent business decisions whether he is angling take a part of the slice for himself after these six operators exit the market if their licenses are not renewed.

When Macau was returned to China in 2002 after a lengthy period as a Portuguese enclave, the monopoly in the casino industry therein was liberalized. Local investors in others from such areas as Malaysia, Taiwan, Hong Kong, Australia, the UK and the USA made bids for three concessions. Every big-time investor in the casino and the gaming business was trying to enter the market at the time. The possible exit of six big players in the industry at the same time as their licenses expire opens the city up for a similar rush among global investors. Mr. Trump does not wish to be left out on this turn of the rush as he was on the first one, and his recent actions in the city point to this fact.