Toronto Maple Leafs Return Home Even With Boston In Playoffs 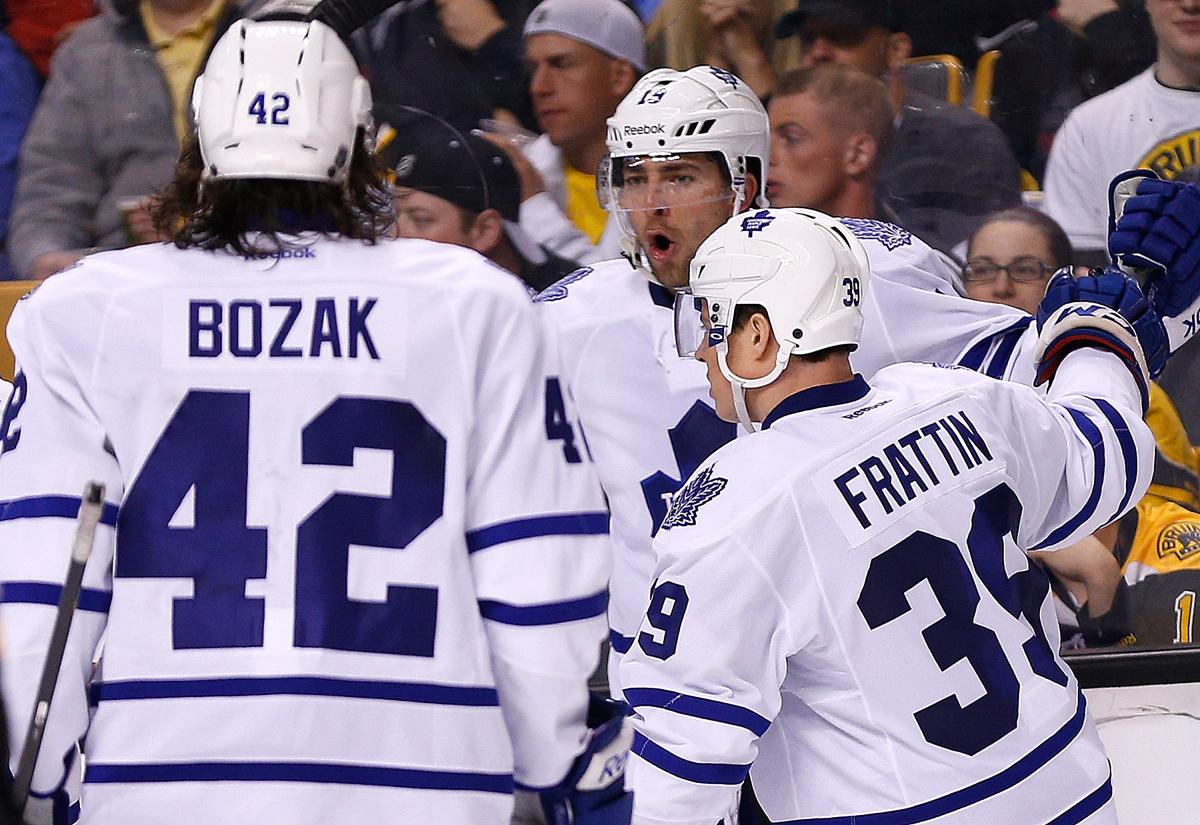 One of the many inconsistencies with the Toronto Maple Leafs is the team’s constant dance with the good, the bad, and the ugly line of play.  The team opened their first playoff series in nine years with a humiliating performance in Boston that left many fans and sports bettors wondering if the team was ready for primetime.  However, the Leafs seemed to settle their nerves in the second game, and gave an impressive performance to come home even in the series.

The goaltending of James Reimer, nicknamed by fans as ‘Optimus Reim,’ proved especially solid in the second game of the series.  Reimer stood on his head against 40 plus shots from the heavy handed Bruins, surrendering only two goals in his second NHL playoff appearance.  Reimer is one of the main reasons the Leafs managed to return to the playoffs, and in Game 2, he proved why he is Toronto’s number one netminder.

The offense was particularly impressive for the Leafs in Game 2, especially the performance of alternate captain Joffrey Lupul.  When Lupul isn’t hurt, he consistently proves himself as one of the Leafs’ most impressive stars, who battles for pucks, and puts them in the back of the net.  Lupul gave the Leafs their first two goals in the second playoff outing against Boston – a feat not performed since 2004 by former captain Mats Sundin – and proved himself an elite playmaker within the NHL.

But the most notable story of the night lay with Toronto’s top sniper, Phil Kessel.  A former Bruin, Kessel struggled to perform against his previous team ever since he was traded to the Leafs in 2009.  Prior to the playoff series, Kessel had only three goals over the course of four years against the Bruins, all of which came on the power play.  But in Game 2, Kessel caught a breakaway pass from teammate Nazem Kadri, and buried the puck in the back of the net, while at even strength.  The Leafs’ bench celebrated with Kessel as the goal was considered the break of a curse that plagued #81 ever since leaving the Bruins organization.

The series is tied at one game apiece, and returns to Toronto on May 6 for the first NHL playoff game at the Air Canada Centre in nine years.  The Leafs secured home ice advantage by evening up the series, renewing faith in fans who bet that Toronto is a playoff contender.  The Bruins will be giving it back hard in the next two games on the road, but if the Leafs pull the same maneuvers as in Game 2 – this time with the fans on their side – Leafs Nation can expect their team to have a real playoff series on hand.