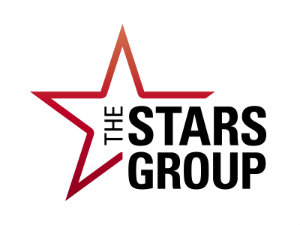 The Stars Group Incorporated is a poker giant. They will be acquiring Sky Betting & Gaming in a $4.7 billion deal. This further move into sports betting will create an online gambling company with the biggest public listing. The Stars Group is based in Toronto and will be paying the owners of CVC Capital Partners and Sky Plc with stocks and cash. The PokerStars operator has estimated a third of their revenue will come from sports. This is the online gaming segment with the fastest growth. Rafi Ashkenazi is the CEO. He believes the sports betting product of Sky Betting & Gaming is the perfect match for their poker platform. He stated the acquisition represented a landmark moment.

According to the agreement the Stars Group will pay roughly 37.9 million in common shares as well as an additional 3.6 billion. The basis is the common stock closing price on April 20th. The debt financing for the Stars Groups has been obtained for approximately $6.9 billion. This comes from first lien term loans for $5.1 billion, senior unsecured notes for $1.4 billion and a revolving credit of $400 million. The Stars group was unsuccessful in taking control of their rival the William Hill Plc. They have still acquired a significant foothold within the United Kingdom. Their poker offerings and online casino have resulted in a large offering of potential customers. This acquisition decreases the company’s reliance on the business of poker which has become unstable.

Sports betting is legal in four states within the United States in some form. This may be changing due to the United States Court’s decision regarding New Jersey. New Jersey is attempting to have the law banning sports in 1992 declared as unconstitutional. If they are successful numerous states will legalize betting on basketball, football and other competitions. CVC is the private equity firm who acquired a controlling stake in 2014 from Rupert Murdoch for Sky Betting. In excess of eighty percent of the revenue comes from mobile devices. This deal additional brings a cash infusion to Sky Betting. Fox is still waiting for the regulatory decision regarding their bid from the United Kingdom. Comcast has already made a preliminary offer and is formalizing their own offer which may trigger a bidding war.

This agreement came after the Stars Group made an attempt last month to secure a larger piece of Australia’s CrownBet Holdings Ltd. This is the company who purchased the unit of William Hill in Australia. Last year Rafi Ashkenazi signaled he was looking for new targets due to the 2014 debt being paid down. The company was made by the acquisition of PokerStars for $4.9 billion. At the time the business was named Amaya and the biggest online poker business in the world. Rafi Ashkenazi replaced David Baazov in the top position and established a new management team.