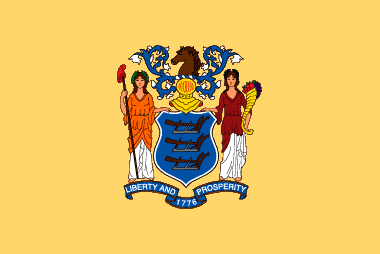 Paul Fireman, founder of Reebok International and builder of an expensive golf course on top of a toxic dumpsite in Jersey City, is now proposing to build a $4.6 billion 95-story skyscraper that would accordingly house the highest-grossing casino in the U.S. The billionaire businessman is said to be meeting with legislators and elected officials across the state and is currently lobbying for a legislative amendment and the holding of a referendum, so he can proceed with his plan of building a gambling destination outside of Atlantic City.

Although some reports have it that Senate President Steve Sweeney and Governor Chris Christie are open to the holding of a 2015 referendum to take up the issue of allowing casinos outside of Atlantic City, there are those who countered that the NJ governor is still not keen on giving in to calls for casinos in North Jersey.

Accordingly, Governor Christie is still bent on reviving Atlantic City (AC) in which most casinos have been experiencing a continuing revenue decline since 2006. In fact, the Atlantic Club Casino has already closed while two others, namely Caesars’ Showboat and the Trump Plaza have announced intentions to cease operations by August and September, respectively.

Moreover, there are also reports that some state legislators who were previously open to Mr. Fireman’s proposed project are having second thoughts, in light of the competition posed by New York’s upcoming Vegas-style casinos.

However, local Jersey officials are open to the idea, as Jersey City Mayor Steven Fulop disclosed that during the past eight months he has been discussing the project with Mr. Fireman. Mayor Fulop added, “The opportunity to have a world-class facility on the waterfront is significant from a job-creation standpoint, for tax relief and for tourism. Paul Fireman is capable of executing something like this.”

The Jersey City official’s confidence in Mr. Fireman’s ability to breathe new life into the city stems from the successful operation of the Liberty National Golf Course, which Mr. Fireman built and opened in 2006. Touted as “one of the most expensive golf course in the world” for having a membership fee of $500,000, as it attracts mostly the well-heeled patrons in the likes of oil scion Billy Getty, venture capitalist Kenneth Langone, NY Mayor Rudy Giuliani, New England Patriots owner Robert Kraft and Giants quarterback Eli Manning.

Mr. Fireman’s plan is to build a skyscraper right next to the golf course, as tall or even taller the 1 World Trade Center and will be known as “Liberty Rising”. It would loom high over the Statue of Liberty, enough to provide guests with a panoramic view of New Jersey and Lower Manhattan. The building would house not only a mega casino but also a hotel-apartment complex, expensive shops and entertainment centers. There are also plans of installing the world’s largest Ferris wheel and of adding a 107,500-seat stadium for motor sports.

Mayor Fulop further commented that the proposed casino in Jersey City would not dent the current operation of the Atlantic City casinos, since the projection is to build the highest grossing U.S. casino by targeting New York’s elite market. The Jersey City mayor describes the proposed $4.6 billion complex as “one of the biggest construction projects in the U.S.”