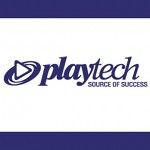 A lucrative purchase last week illustrated the importance of online gambling guides within the ever-growing internet casino industry.  The acquisition merges one of the world’s most established gaming software developers with millions of players in the poker community.

Playtech announced it officially purchased the super-affiliate PokerStrategy for approximately $50 million.  The purchase was important for Playtech to help its new iPoker app access a network of loyal and well-established poker players.  The company wants to expand its customer base, and sees the acquisition of PokerStrategy as a logical extension of its promotional strategy.

The purchase was identified as a bargain for Playtech by analysts in the online gambling community.  According to 2012 financial statements, PokerStrategy’s net profits last year were approximately $26 million.  PokerStrategy lost two of its major clients over the last year, including the world’s largest public online gambling company bwin.party.  Analysts believe the loss provided Playtech with leverage to negotiate a better deal.

Playtech announced the purchase and the strategy behind its decision within a publicly released statement.

“The acquisition will allow Playtech to further diversify its business by providing licensees with access to the world’s largest independent poker community with over six million members, thereby cementing existing relationships and creating incremental opportunities for both software and PTTS marketing.”

PokerStrategy CEO Damian Sokol and COO Pavel Stehno will remain with the company, which suggests Playtech will maintain its distance from PokerStrategy while keeping the online poker portal under its umbrella.