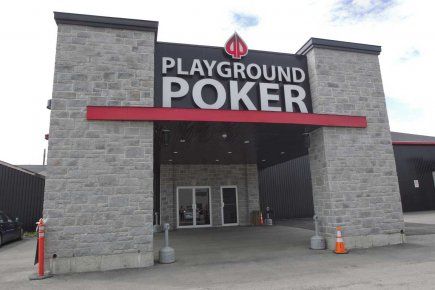 The World Poker Tour returns to Canada this November at the Playground Poker Club in Montreal, which will attempt to outdo the success of last year’s tournament.  PartyPoker, the online casino and poker room in charge of the tournament, wants to send players to the tournament with a special $5,200 WPT Montreal package.

PartyPoker encourages players to join an online poker game every Sunday between now and November 29 when the Montreal tournament begins.  Each Sunday at 2:50pm ET, a $275 buy-in game begins, and the reward is a WPT Montreal Package worth approximately $5,200.  The reward package will cover the $3,850 main event buy in at the Playground Poker Club, while leaving players roughly $1,350 for spending money while in Montreal.

PartyPoker hopes to make the 2013 WPT Montreal main event an even greater success than in 2012.  The last tournament saw a record number of players compete in a Canadian poker tournament, which was eventually won by Canadian poker star Jonathan Roy.

The WPT plans to capitalize on last year’s success as well as Canadian achievements at the World Series of Poker throughout this season.  The 2013 WSOP is dubbed by many poker experts as the ‘Year of Canada’ due to the record number of Canadians who won gold bracelets, setting a new record for victorious players who live outside the US.

The Playground Poker Club is one of the most famous poker rooms in Montreal, and will once again feature as the star attraction for the WPT this fall in Canada.  The $5,000 package to pay for the tournament is redeemable online as a special incentive to go all in on Sundays – bet on it.