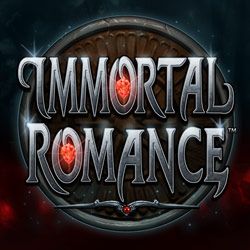 As one of the leading online casino games developers in the world, Microgaming strives to develop entertainment that will become immortalized by devoted users.  The Isle of Man based company thrives on creating new hubs of entertainment, but sometimes will redevelop successful themes in different games.

One of Microgaming’s greatest successes was the Immortal Romance online slots that debuted in December 2011, and is available in many online casinos affiliated with Microgaming.  The game became universally praised for its high quality graphics, thrilling soundtrack, and superior gameplay.

When players log into Immortal Romance Bingo, they can access four different games that are each based around their own theme.  Players can choose one of four characters to navigate the games, and each character houses a special talent that can be activated.  Once that talent is live, it is far easier for players to score bingo.

But scoring bingo isn’t all that’s in this game.  Players will also keep their eyes out for medallions that can charge a power up bar that once fully powered, activates the special Chamber of Wins jackpot wheel.  The Chamber of Wins offers four potential jackpot prizes that include cash bonuses or even free spins that can be transferred to the Immortal Romance online slots game.

David Reynolds, Head of Bingo at Microgaming, says Immortal Romance Bingo is part of Microgaming’s commitment to offer players a trusted gaming experience that is superior to competitors.

“We believe we have developed a truly unique game experience that fully embraces and pays homage to our Immortal Romance brand that has already proved appealing with the Bingo demographic.  This is a real game-changer and industry first concept, and we’re very excited about this launch.”