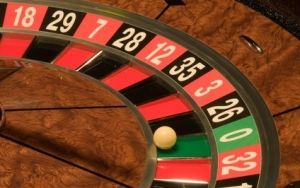 Many people are visiting the peninsula and Cotai because of the increase in hotel rooms. The guests are staying longer to enjoy various games. Macau casinos in these areas have received more revenue in the month of May 2017. The gaming revenue between January and May went up by 15.8%. Macau’s growth expected to be 17%, but it has grown by $2.8 billion, which is an overall growth of 23.7%. So far, this is the highest revenue increase this year.

Various institutions reported different values for the percentage increase in Macau’s casino revenue. DS Kim of JP Morgan mentioned that the revenue surged by 35%. Grant Govertsen, an analyst at Union Gaming Groups, suggested that the revenue in May might have grown by more than 13%. Vitaly Umansky of Stanford Bernstein also had his take on the subject. According to his analysis, the daily revenue in the last week of May averaged at 805 million Macau Patacas. This included the income earned in the Dragon Boat Festival. In the past year, the average daily revenue of Macau casinos has exceeded the MOP800 million mark five times only.

JP Morgan believes that the Dragon Boat holiday played a role in the increased revenue. Sean Zhuang reported that Suncity, Tak Chun, and Guangdong had good luck in the month of May. The three cities brought in an additional 5% income. Also, JP Morgan’s Kim believes that the resurgence of gaming companies like Heng Sheng Group and Megastar have boosted the sector’s revenue as they’ve received more capital to expand their businesses.

JP Morgan has cautioned that the trend might not remain the same. In support of this claim, a contact in the VIP industry pointed out that the VIP revenue is divided between the government and the casino operator. JP Morgan stated that this phenomenon would hit smaller junkets the hardest. Aside from these warnings, Macau’s gaming industry seems to be doing just fine.

Ben Lee of IGamiX recently told TDM that the establishment of Wynn Palace had a little bit of influence on the VIP recovery. Govertsen cited that Macau has been marketed properly for the last couple of years. People prefer visiting the region because of the moderated accommodation rates. Additionally, Macau casinos offer attractive table minimum bets to players.

It isn’t difficult to find tables with minimum stakes of $130. Some baccarat tables had minimums of $40. However, last month gaming floors in Cotai were crowded. The current challenge for Macau’s gaming sector is to avoid losing on long-term opportunities.