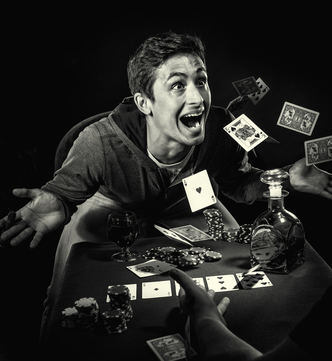 Crown Casino did what thousands of its patrons do every week: it calculated its risks and took a gamble. However, instead of a full house complete with winnings and riches, Crown was served with a scandal, imprisoned employees, and a lawsuit. This casino suffered a loss slightly more devastating than losing a hand at poker.

Gambling powerhouse, Crown Casino, located in Melbourne, Australia, has been served with a lawsuit following a scandal involving eighteen of its employees being jailed in China. These employees, including the VP of Crown, were arrested due to allegations fraud and misinformation regarding hazards during this lucrative mission to China.
The workers, who were deemed guilty, spent ten months in jail due to their intent of enticing wealthy Chinese citizens to gamble at Crown Casino. Because of this PR nightmare, investors were furious when their shares fell nearly fourteen percent over a year ago in October of 2016.

To make matters worse for Crown, China has strictly prohibited gambling among other casino-related ventures overseas for their affluent citizens. If these eighteen employees were not aware of this policy they could have at least plead ignorance but because they did know they must admit that they neither respected China’s law nor informed investors about the potential danger involved.

Feeling duped, investors contacted Maurice Blackburn lawyers to represent them in a class action lawsuit against Crown Casino due to lost revenue in the aftermath of the China scandal.

While China has never supported overseas gambling, its government specifically cracked down on their international policies mid-2017. This change occurred due to financial risks are foreseen by officials in Beijing.

Because of this recent policy shift, Crown could hardly claim ignorance, particularly considering that sending eighteen employees without doing any research on China’s stance on overseas gambling would not only be foolish but potentially damaging to the company and those involved. Clearly, Crown employees knowingly broke China’s law despite being aware of its firm stance on gambling and casinos overseas.

A representative from Maurice Blackburn emphasized that Crown was aware of the risk of marketing Crown Casino in China but decided to take a gamble anyway, and this time, the hand was not in Crown’s favor. Crown has been quiet since the incident but has conceded that it has indeed been hit with a class action lawsuit. Perhaps this ordeal has taught this casino a lesson in risk-taking and in the future, they’ll take international law seriously.