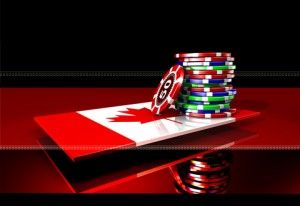 Toronto politicians are preparing for a final vote on the proposed OLG casino for the city, which spectators and gambling enthusiasts expect will be defeated by the majority of councilors opposed to the gaming facility.  The increasingly vocal opposition to the proposal argues that a casino won’t provide the revenue for Toronto or Ontario as forecast.  Instead, pressure is on the Canadian Senate to pass the single game sportsbetting bill.

The Toronto casino is one of the central pieces of debate towards the OLG gaming modernization strategy.  Mayor Rob Ford argues the casino could help pay for necessary transit and infrastructure expenditures for the city, and passed the motion onto city council for a final vote later this spring.

But the mayor and his casino supporting allies are in the minority on city council.  According to city hall insiders, approximately half of the councilors firmly declared they will vote against the Toronto casino.  In response Ford intends to put the casino issue on the 2014 municipal election ballot, though the OLG says if Toronto rejects the proposal this spring, the decision is final.

Anti-casino city councilors, lobbyists, and ordinary citizens point to communities across Canada and the US where casinos are in establishment.  Casino operators like Caesars and MGM with gaming centres all across the continent, reported hundreds of millions in operating losses at the end of 2012, in part due to the increasingly popular online casinos and sportsbetting domains.

Canada is a popular location for sportsbetting, particularly in larger cities like Toronto.  However, gamers increasingly use online betting sites to bet on a single game as opposed to the minimum of three games legally required to place bets at traditional casinos.  Gambling reformists argue that the sportsbetting laws are out of date with the current market.

Reforming the sportsbetting laws will benefit local and provincial economies more than building new casinos.  The increased revenue from sportsbetting could also help support racetracks which are struggling across the country, or be used to invest in Canada’s Olympics teams to improve the country’s odds at the international Olympic Games.

There are hundreds of casinos losing money, but few jurisdictions allow legalized single game bets.  Canada, Ontario, and Toronto would all benefit more if the Senate passes Bill C-290 rather than investing in another casino.