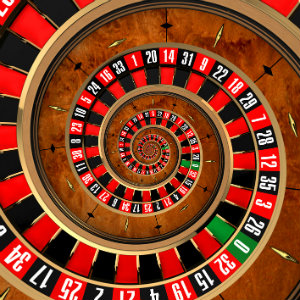 There are numerous variations of roulette games such as European and American. There are seven types most people are unfamiliar with. The first is Alphabetic Roulette. The numbers are replaced with the alphabet. The letters A through X provide 25 single letter possibilities. The letters Y and Z are on the same space and provide the chance for a single possibility. Six different colors correspond to the letters. There is no color for the YZ space. Bets can be made on individual letters or groups of 2, 3 or 4. Bets can also be placed on a column, color or a dozens bet. All bets have a house edge of four percent.

Back 2 Back Roulette is a roulette variation with lucky numbers used for an optional side bet. If a number hits twice sequentially the player wins 1200 to 1 on their bet. Extra colors are added with Diamond Roulette. The colors are red, green, purple, blue, yellow and black. Six numbers correspond with each color. The payout for bets on certain colors are 5 to 1. If the table has 2 zeros bets can be placed combining the zeros and one color. The house edge is extremely large at 15 to 79 percent. There are no even money black or red bets.

Double Action Roulette has two wheels with one inside the other. There is a slot between the wheels for the ball to land. Bets are placed on numbers on either or both wheels. Single wheel bets pay the same as traditional roulette. Parlay bets pay 1200 to 1. The other bets are between 25 to 1 and 3 to 1. The house edge on parlay bets is almost double. Double Ball Roulette features two balls. Otherwise, it is almost the same as traditional roulette. Both balls must win for an outside bet. If the balls are an inside bet the payout is doubled. The Double Ball Jackpot pays when both balls are in the same numbered slot. There are variations depending on the bet placed but the best inside bet odds are with the single numbers. This wager has a house edge of 5.33 percent.

Prime Time Roulette offers an optional side bet using the wheel’s prime eleven numbers. This includes the numbers 31, 29, 23, 19, 17, 13, 11, 7, 5, 3 and 2. The number of times a prime number appears determines the payout for the bet placed. The side bet is lost when the ball lands on a number that is not considered to be a prime number. A single prime time bets pays out in even money. If the prime number hits seven times sequentially the payout increases to 299 to 1. The version of the game being played determines the payouts. Rapid Roulette is played the same way as regular roulette. The difference is an electronic interface is used to place the bets instead of the player actually putting their chips on the table. This game is fun but lacks the same feeling as the traditional game.