Get Funky with Live Jazz Slot by Genesis Gaming 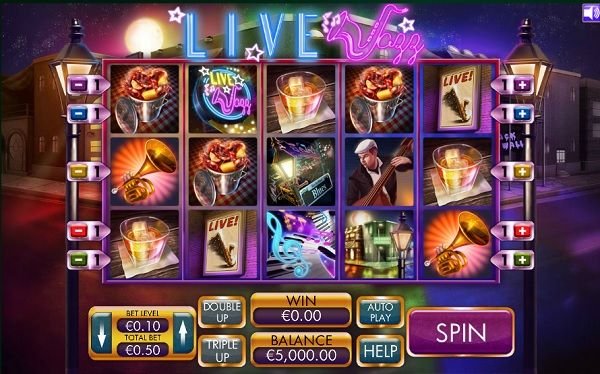 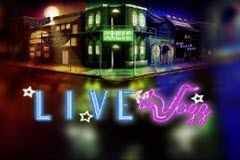 Darkly lit streets of New Orleans have a particular, inexplicable appeal. Time stopped somewhere is the 19th and 20th century to capture all the beauty of the innocent times when people lived for good fun and good music.

Genesis Gaming have decided to revisit the somewhat forgotten culture with their Live Jazz video slot , a 5-reel title with only 5 pay lines by embedding excellent soundtrack and funky groove that is bound to get you up on your feet and dancing. Give it a go and you won’t regret it, if nothing else than for the sake of the music.

The most obvious answer to the question would be – music. The amazing soundtrack, which is active only when your reels are spinning is so engaging that you will be hitting that spin button like crazy so that music would not stop.
In addition to the engaging music, we must compliment the visual appeal. Live Jazz features quite a stimulating graphical layout with neon lights and exciting colours shining in the moonlight.
The setting of the game is cleverly placed on the corner with reels spread between the two lamp posts, which is quite a nice idea.
We love that Live Jazz pays both ways and we find it a great way to overcome the general lack of paylines here. Five may sound too little, but knowing that you can claim wins both from left to right and from right to left it makes the game worthwhile.

The game boasts a two-way Gamble feature presented through Double Up and Triple Up buttons, which is another aspect of the game we love. This feature gets you a chance to – logically – double and triple your wins if you guess the right card.

As beautiful and sensual as it gets, Live Jazz is hauntingly scary when you first launch the screen. No music is played until you hit the spin button and the total shortage of background sounds is one thing we have to point out as the first shortcoming to this game.
Live Jazz is all about the music, so we would have expected to get more sound, more jamming, not just when we hit the spin button.
Genesis Gaming have decided to fit the Live Jazz with nothing more than one special feature, which is quite underwhelming. Free Sins are everyone’s favorite, we all love a good Wild too, but it would have been much better if we were to get more enticing features, such as a multiplier or two in example.

Since Live Jazz is all about music, Genesis Gaming could have created a special, progressive bonus of sort in which you would be taken inside a Jazz club, in example.
Small number of active paylines (only 5) can be a limiting factor, despite the fact Live Jazz pays both ways.

We have been fairly excited once we got across this musical theme, which offers great visuals, interesting gameplay and fantastic soundtrack, but there are some things about Genesis Gaming’s title that have unfortunately reduced our initial enthusiasm.

Live Jazz is still a good game and we would warmly suggest to all players to at least have a sin or two and get a taste of New Orleans night life.