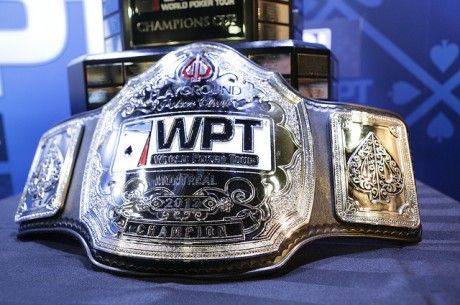 The World Poker Tour will wrap up in Montreal on Friday December 6 following the conclusion of the main event, as well as a number of side pots.  The WPT main event will conclude today as the final six players compete for the title of WPT Montreal champion.

The player with an overwhelmingly chip lead heading into the final table is Sylvain Siebert.  Siebert is Canada’s sole representative at the final table, who maneuvred through an initial pool of 862 players to reach the final table.

Though Siebert is not from Montreal, the Canadian is clearly setting his sights on the WPT title, and is supported by thousands of poker fans in Montreal, as well as across all of Canada.

On Day 4 of the main event, Siebert led the final 18 with approximately 3 million chips stacked in his corner.  By the end of the day, Siebert successfully collected over 8.5 million chips, and holds a comfortable lead as he meets his five remaining competitors at the final table.

Poker commentators expect Siebert’s greatest challenge will come from Mukul Pahuja, a US player with nearly $1.5 million in career earnings.  Pahuja recently finished third at the Seminole Hard Rock Poker Open in August, where he netted over $800,000 for achieving that finish.  As a result, Pahuja’s experience could provide the greatest challenge to Siebert at the final table.

Poker fans in the Greater Montreal Area should visit the Playground Poker Club later today to watch Siebert and the remaining finalists square off in high-stakes quality poker.  Canada has had an unprecedented year of success in international poker tournaments this year, and Canadians are betting on a win at home to wrap up the Year of Canada.

Australian Wins $220,000 Playing Treasure Nile Inside All Slots Casino
Key Trends in Online Gambling for 2018 and Beyond
Canadian Gambling Tycoon Indicted
The British Columbia Corporation is using an innovative method to come up with new games for younger...