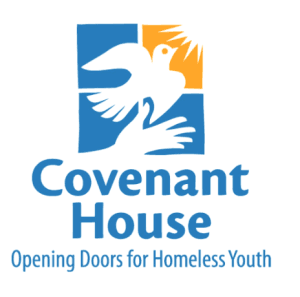 Earlier this year, we created a public awareness campaign to support the Covenant House in downtown Toronto.  The non-profit organization relies on donations from individuals and companies across the GTA to finance 80 percent of its operating budget, which supports the most vulnerable people living on Toronto’s streets – youth.

There are an estimated 10,000 young Torontonians without shelter every year.  A life on the streets increases their exposure to physical or mental assault as well as their likelihood of developing a life-threatening illness.  The Covenant House opens its doors to give young people a second chance, but would be unable to house, feed, and support them without donations from the community.

We contributed to the Covenant House’s mission by raising money to provide nutritional meals for the people staying within the organization’s lodgings.  We managed to raise $175 from outside parties, and we will add another $100 of our own money to the pool.  This is expected to feed up to 24 people three fully nutritious meals, which the Covenant House is free to spread around as they see fit.

We had hoped to reach more people in order to increase the amount of the donation, but are glad to contribute what we can to help those most in need.  We also plan to revisit a fundraising campaign in the future, which ideally will raise more money for a larger donation.

We issue a special ‘Thank You’ to everyone who was made aware, discussed, or contributed to the Covenant House and encourage all our users to get involved with not-for-profit organizations in one form or another.  Every little bit helps to support the people who need it most – we can all do our parts.