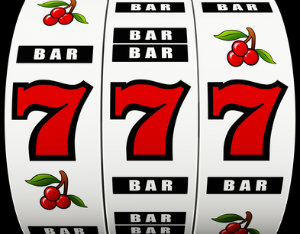 It’s no secret that a big draw at any online casino that is available in Canada is the progressive jackpot selection. While there is always a small chance of getting lucky, the main purpose of these games is to enjoy them and have fun. However, a few lucky Canadian players have hit that stroke of luck at just the right time and are the real-life stories of a progressive jackpot win.

During the year 2015, a Canadian player won a massive jackpot while using their mobile device. This particular player had signed up at Royal Vegas online casino and was only a member for seven days before the lucky moment happened. While playing the progressive online slot Mega Moolah, the player placed the appropriate and was shocked to discover that the jackpot had been triggered. In addition, this progressive jackpot was a big one. The lucky player walked away with CA$7.5 million. Winning such a large sum of money through the mobile format of an online casino set numerous records. Royal Vegas is one of few casinos online that pays out in a lump sum, so the Canadian player got all the winnings at once!

Although it may not be as well-known as many progressive slots, the game Progressive Blackjack online gives players the opportunity to win big. Canadian resident Scott T. from Alberta is a living example of getting lucky on Progressive Blackjack. He landed the top-paying hand during one of his game and ended up with a nice total of CA$155,345. Scott stated that he has been a fan of blackjack for a long time and the win only increased his love for the game. Like many players who win jackpots, he had a hard time processing what happened. However, the jackpot was, in fact, very real.

Jackpot winnings don’t always revolve around a single player. Sometimes, it is a particular online casino that stands out among the rest. Spin Palace casino is one such example, as the gaming site has proven to be exceptionally generous with its progressive jackpot payouts. The most notable event was a period of two weeks during which 22 Canadian players won hefty winnings that totalled an impressive CA$410,000. Although no payouts are guaranteed, the reputation of Spin Palace in regards to its jackpots has undoubtedly drawn in new players from Canada.

Two Wins By The Same Player

One player in particular got lucky not once, but twice over the course of four months. A resident of Alberta, the Canadian player’s first big win came while playing the Loose Cannon online slot from Microgaming at All Slots Casino. This win came out to a total of CA$13,900, but the player’s luck did not stop there. Another big win for the player would happen a few months later. This time, it was on the Avalon online slot and the payout was much bigger. The lucky Canadian player earned another CA$72,650 to put in their account.