Talk of eBingo could be coming to Ottawa 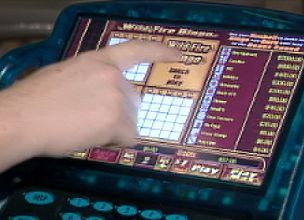 Ottawa has been a city facing much gambling hype in the last few weeks.  City council has previously approved working with the OLG to find suitable locations for a casino in the city’s limits and determine who would be an ideal operator of the casino.  In conjunction with the casino strategy the OLG has announced it wants to modernize Ottawa’s bingo halls to bring in younger players who are not as excited with the game as it currently stands.

Ottawa currently has three bingo halls that contribute as fundraisers to 33 local charities; Bingoland South, Overbrook Bingo Palace, and Friends’ Bingo Hall.  Only ten years ago there were over a dozen bingo halls in the Ottawa area but the loss of generated revenue from the halls lead to many closures and lost money to charities.  The OLG has said there has been an estimated 10 percent loss of donations to charities with each passing year, requiring a change in the way bingo is played at the halls to make back some of the losses.

As a result there are currently discussions of implementing eBingo machines which would utilize touch screens for gamers to play many different games at once.  However OLG spokesman Tony Bitonti says making that transition would require the consent of the bingo hall operators, charities, and Ottawa city council.  He also cited the precedent in Kingston where two bingo halls already have eBingo but admitted that discussions with Ottawa are only pure speculation at this point.

Representatives from the bingo halls seem receptive to the idea.  Bingoland South charity administrator Rob Sproule says bingo must compete with nearby gaming sites like the Rideau Carlton Raceway which has contributed to lost business and declines in charitable donations. He is hopeful that the OLG’s plans will be put to motion soon.

“To get younger people into the halls there needs to be more excitement, more energy.”

Convincing loyal players to support the change may be a more difficult task than the OLG expects.  Players are used to making bets a certain way and enjoy the consistency in predicting their odds.