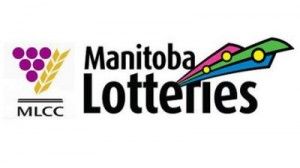 Canadians love to gamble evidenced by the number of online casinos operating both within the country and providing services from offshore.  British Columbia became the first jurisdiction in North America to regulate an online casino when it took over operations of PlayNow.com in 2010.  Last week the Manitoba Liquor and Lotteries organization, which has a similar mandate to the BCLC, announced it will launch its own version of PlayNow.com and regulate the online casino’s operations for the entire province of Manitoba.

PlayNow.com has operated in British Columbia since 2004, but the BCLC didn’t begin regulating the online casino until 2010.  Since the government licensed the website, the gambling revenues have helped fund social programs for the province, municipalities, and charitable organizations.  The BC government recognizes Canadians play at online casinos operating outside the nation’s jurisdiction, and insist that PlayNow.com offers a safe, reliant gaming experience that keeps Canadian money within the country.

Recognizing the logic behind the BCLC decision, the Manitoba Liquor and Lotteries announced they will license their own version of PlayNow.com from their BC counterparts to provide a safe online gambling experience for Manitobans.  CEO Winston Hodgins, in partnership with the Manitoba government, says PlayNow.com has proven successful for BC.

“Players can be confident in the extensive safety and security measures that are in place to protect their personal information, their bets and their deposits.”

Hodgins suggests provincially regulated online casinos are part of the federal Conservative government’s tough on crime social agenda.  There are several online casinos that are unregulated, in which revenues are used to support criminal organizations financing the websites.  The federal government has made targeting organized crime a large part of their legislation, and Hodgins believes provincially regulated online casinos like PlayNow.com can assist the government with its plans.  If Canadians play at websites that are known to be mandated by reputed provincial organizations, it reduces the number of players indirectly financing organized crime.

PlayNow.com has been a success in BC, and Manitoba is hoping for similar accomplishments within their province.  The expansion east could serve as grounds for a nation-wide adoption of PlayNow.com that could one day end up regulated by the federal government of Canada.