Patience Is Running Out For Toronto Casino 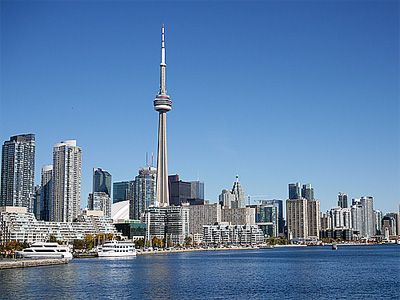 Patience is running thin regarding the Toronto casino and the OLG gaming modernization strategy.  MGM Entertainment, one of the frontrunners bidding for the operating rights to the Toronto casino, demanded the city make up its mind one way or the other.

MGM President Bill Hornbuckle was in the province earlier this week, and gave a speech at the Toronto Region Board of Trade about his organization’s plans for the casino proposal.  MGM released its designs for a Toronto casino and entertainment centre situated on the grounds of Exhibition Place earlier this year.  Hornbuckle said MGM spent over a year lobbying for an integrated gambling resort in the city, and wants a decision to validate its investment or to fold the cards and move on.

Toronto city council delayed its vote on the OLG proposal after city staff said a detailed cost-benefit analysis wouldn’t be ready as scheduled.  One of the crucial elements of the report is the casino hosting fees, which the OLG suggested could be as high as $100 million.  However, Ontario Premier Kathleen Wynne overruled that agreement unless the OLG could guarantee the same revenue sharing deal with other municipalities that agree to host casinos.

The hosting fees are crucial for several swing councilors, who hint they will vote against the proposal if Toronto is unable to generate an annual $100 million in revenues.  The OLG hinted that Toronto could receive a more lucrative revenue stream than other communities because of other factors like capital investment and employment opportunities.  Hornbuckle told the Board of Trade these factors should be taken into account for Toronto’s revenue sharing arrangement.

As the debate continues on in Toronto, the OLG added Vaughan to its list of alternative locations for a GTA casino.  Hornbuckle told the Board of Trade that MGM has looked into the Vaughan region, and its partner Cadillac Fairview is securing a property to convert to casino development in case the Toronto proposal is rejected.