Ottawa Threatens To Pull Out Of Casino Bidding Process 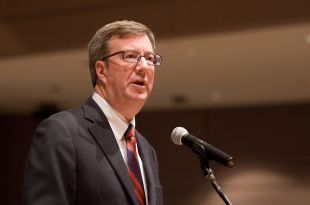 The OLG gaming modernization strategy became more controversial last week, and cities are threatening to withdraw their support for the casino proposals.  Ottawa is thus far, the only city receiving bids from casino operators for the rights to build a gaming facility, but Mayor Jim Watson is unhappy that Toronto will receive a greater share of revenue if the city votes its approval to the OLG.

The controversy ignited at the end of last week when OLG President Rod Phillips declared Toronto will receive a greater share of casino hosting fees than other Ontario municipalities.  The city of Niagara, currently home to two casinos, expressed outrage with Phillips for his remarks, and Ottawa condemned the OLG as well.  Mayor Watson wrote a letter to the OLG, and threatened to pull the city out of the casino expansion process.

Watson says Ottawa agreed to the casino proposal under the agreement that all cities would receive the same share of casino hosting fees.  The OLG sent a letter to Watson’s office in November ensuring the casino hosting fee formula would remain the same for all cities.  This was reportedly a request made by Watson due to the OLG’s repeated remarks that Toronto is crucial to the gaming modernization strategy.

Ontario Premier Kathleen Wynne received a copy of Watson’s letter, and later declared that there was no special favourtism towards Toronto.  The Premier says the larger hosting fees are due to the estimated jobs and capital investment gaming operators forecast can be profited within the GTA.

“If the same capital investment and job potential are possible elsewhere, the same hosting fees would be generated.”