UK and US Gambling Culture 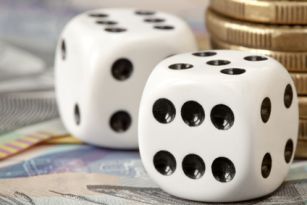 The US and the UK have completely different approaches when it comes to online gambling. The United Kingdom has the world’s most developed online gambling regulatory framework, complete with regulations and policies that protect gamblers from their worst excesses. The U.S prefers banning online gambling, pushing the activity underground to become a shadow economy. Generally, at first glance, people might think that the bettors from the UK have the western world’s most serious issues of problem gambling.

The Gambling Commission in the UK issues fines for all gaming companies that don’t follow regulations. Studies that were done by universities in Britain reveal relatively high gaming activity levels among students, whereas gaming addiction is seen as a problem amongst the population in general. As a result, groups such as GambleAware are pointing out problems occurring in the system, like the 100 pounds bet maximum for FOBTs (fixed-odds betting terminals).

In the U.S. gaming market, one does not see the constant of fines and rulings against casino groups. Usually, studies come and go, and they focus on the land-based casino gaming impact. The gambling economy, which is unregulated, is ignored, this it appears to be nonexistent or minor.

Differences in the Law: the US vs. the UK Gaming Laws

The Gambling Act 2005 regulates the gambling industry in the UK. The Act set the policies and laws for the UK National Lottery, traveling fairs’ prize gaming, betting (charitable gaming) and non-commercial gaming, scratch cards, football pools, land-based gaming machines, and remote gambling. The law established a body of the Government called the UK Gambling Commission: it audits gaming companies in the UK and enforces regulations with fines that amount to many millions.

Online Gambling Market in the UK

The online gambling industry in the United Kingdom got further regulations from the Gambling (Licensing & Advertising) Act 2014. This imposed the POCT (Point-of-Consumption Tax), which was targeting British gaming companies that relocated to the Isle of Man, Malta, or Gibraltar to avoid paying higher taxes. The 15 percent POCT on remote gambling made sure that everyone who accepted British gamblers was paying a tax. Due to that law, online sports betting went up from 6.75 percent to 15 percent.

The gambling industry in Britain contributes more than 6 billion pounds to the national economy: This is approximately 0.5% of GDP. The industry pays around 750 million pounds in tax annually and employs more than 100,000 UK residents.

The Online Gambling Attitudes of the UK vs. the U.S.

A large part of the U.S. still prefers banning “vices” or “sins”, as a result of a lingering strait-laced streak in American society. Well, ironically the flight from England by Puritans in the 1630s Great Migration and the 1662 Great Ejection prevented England of Puritanical influences. Although there are numerous similarities, the two nations have major differences when it comes to legislating gambling laws.